Space Shuttle Atlantis was rolled to its final destination, the Kennedy Space Center Visitor Complex in the early morning hours, around 6:30 a.m. EDT (10:30 GMT) of November 2, 2012 from the Vehicle Assembly Building. The journey, estimated by Space.com at being approximately 9.8 miles (about 15.8 kilometers) was conducted not by the orbiter's Space Shuttle Main Engines - but via NASA's 76-wheel Orbiter Transporter System (OTS). Far from escape velocity, the OTS is only capable of speeds of about 2 miles (3 kilometers) per hour. During the event, NASA's Kennedy Space Director at the time, Robert Cabana, himself a former shuttle astronaut, as well as the Chief Operating Officer (COO) of the Visitor Complex at that time, Bill Moore, provided remarks. The event was attended by 30 astronauts with Atlantis' arrival heralded by fireworks. 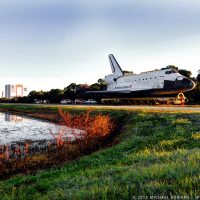 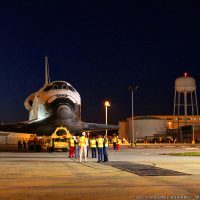 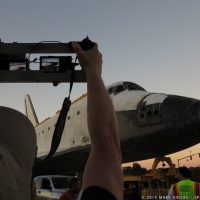 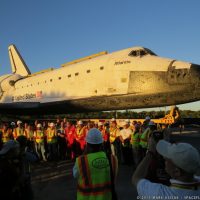 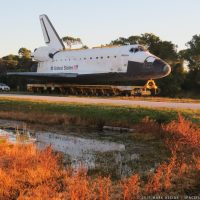 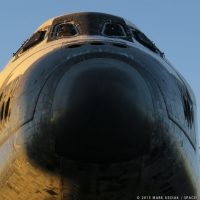 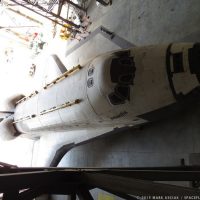 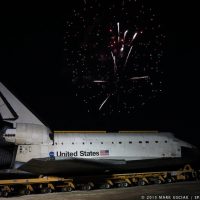 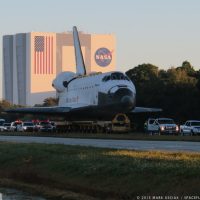 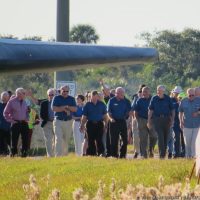 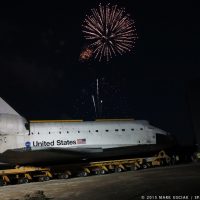 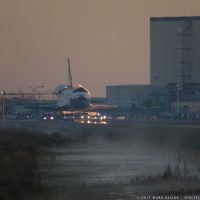 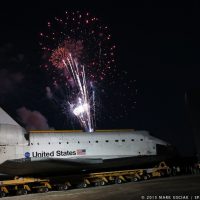 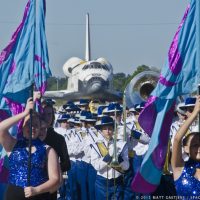 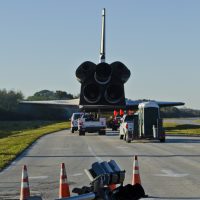 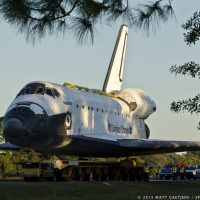 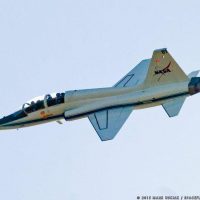 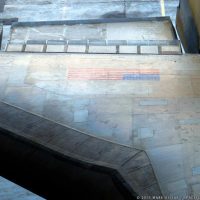 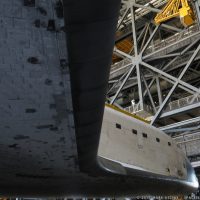 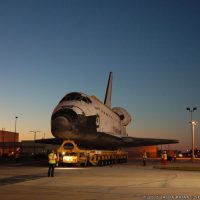 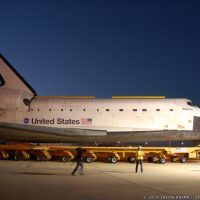 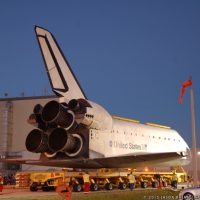 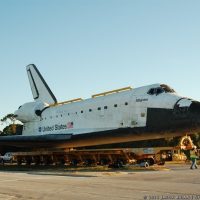 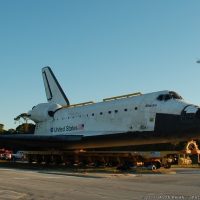