In January of 1987, Trident 2 missile tests that were planned to take place at Cape Canaveral Air Force Station caused protests to erupt which saw some 200 assorted demonstrators who chanted slogans, banged on drums and who 'claimed' the military post on the name of 'peace.' Dr. Benjamin Spock a noted peace activist attended as well. The so-called 'Peace Pilgrimage' actually got its start in Georgia and covered an estimated 217 miles (349 kilometers). The protesters trespassed on Cape Canaveral, Patrick Air Force Base as well as NASA's Kennedy Space Center. When all was said and done - some 58 people were jailed. Photos courtesy: Carleton Bailie 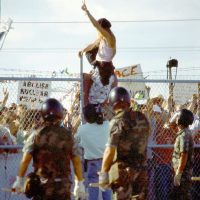 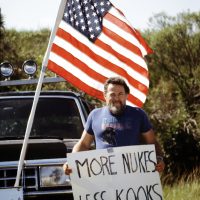 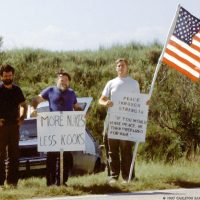