On November 2, 2016 members of the media were invited to NASA's Goddard Space Flight Center located in Greenbelt Maryland to review the work being done on the space agency's new James Webb Space Telescope (JWST). SpaceFlight Insider sent two team members to cover the event which was attended by the NASA Administrator at that time, Charles Bolden. NASA's James Webb Space Telescope (JWST), often described as the successor to the Hubble Space Telescope is being constructed at the space agency's Goddard Space Flight Facility, located in Greenbelt, Maryland for a planned launch atop an Arianespace Ariane 5 rocket in October of 2018. It is hoped that, if everything goes as planned, the JWST will provide unprecedented resolution and sensitivity from long-wavelength (orange-red) visible light, to near-infrared to the mid-infrared (0.6 to 27 micrometers). The JWST is planned to reside at the Earth–Sun lagrange Point 2. From there, it will use its 21 foot (6.5 meter) diameter primary mirror and four scientific experiments to study the universe, continue the search for exoplanets and more. Photos courtesy: Mark Usciak 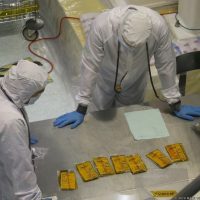 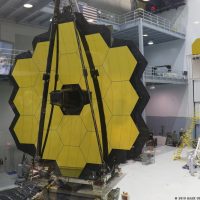 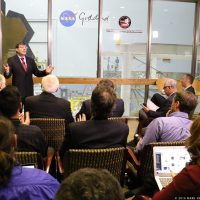 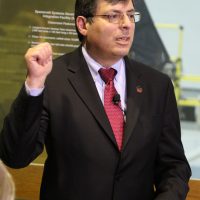 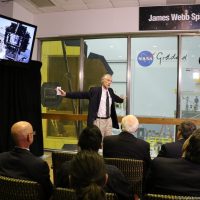 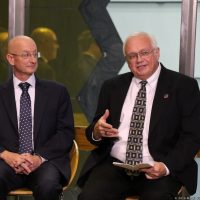 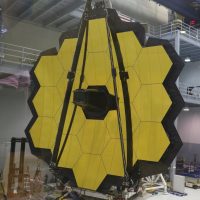 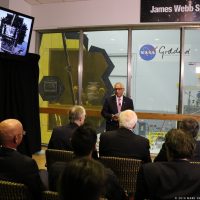 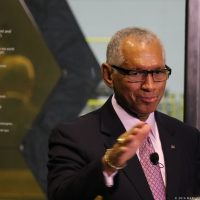 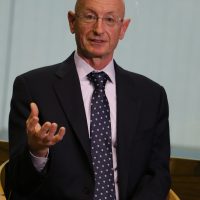