NASA's Apollo 11 mission was one of the most historic events in human history as it marked the first time that humanity set foot on another world. Launched on July 16, 1969, the crew of Neil Armstrong, Buzz Aldrin and Michael Collins set off for the Moon via their Saturn V rocket. Liftoff took place from Launch Complex 39A located at Kennedy Space Center in Florida. In July of 1989, NASA honored this event with a special ceremony at KSC. With one of the three remaining Saturn Vs in existence serving as a backdrop, the trio entertained guests with recollections of their mission. Photos courtesy: Carleton Bailie 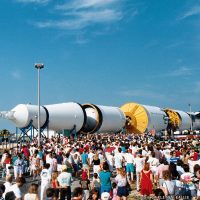 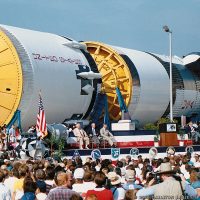 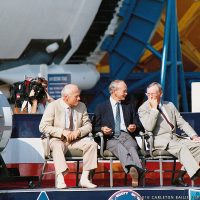 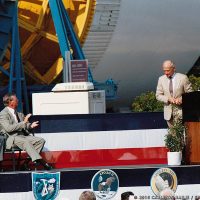 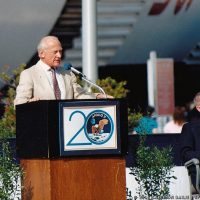 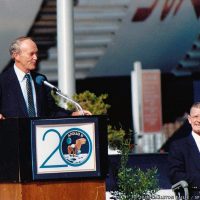 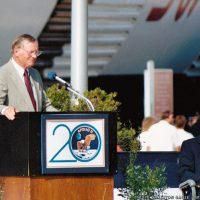 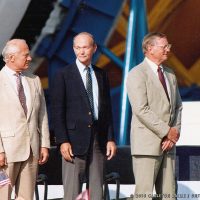 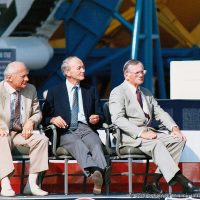