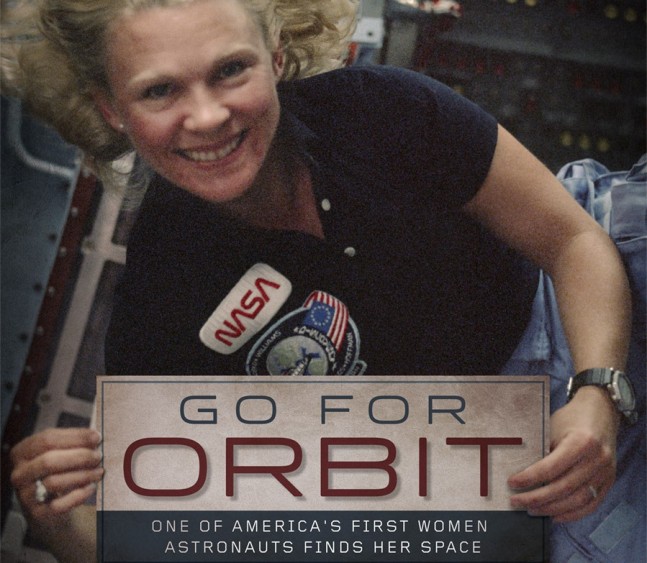 An array of space-related books has been unleashed upon the public recently. SpaceFlight Insider takes a closer look at three recent offerings, each of which provides a unique look into the world of spaceflight, as each gives an insider’s perspective of what it is like to work in and around the U.S. Space Agency. An astronaut and surgeon, a space historian/photojournalist, and a PR practitioner, all tell their tales in these new books.

One of the first things that SpaceFlight Insider is often told when we ask for review copies of books is that the only version available – is an e-copy. We almost always decline. Go For Orbit is a perfect example of why. Glossy pages, a comfortable slipcover, and a very nice layout within – something that one simply can’t see in an e-copy. Go For Orbit is a beautiful book.

This can lead a reviewer to be concerned: are the aesthetics in place to “cover” for a book that reads poorly? SpaceFlight Insider would feel guilty posting a negative review after receiving a copy of a book that retails for $29.95 – so, rest assured, that is not the case here.

Astronauts do not always make the best writers. Their books can be dry, overly-technical and hard to read. Go For Orbit, covering the life and times of surgeon and astronaut Rhea Seddon, is one of the best reads this author has had the privilege of reading.

It is always exciting to read about how pilots go on to become astronauts. Having said that, after the eighth or ninth time reading how these driven people achieve even greater heights – the stories do tend to sound familiar.

Seddon’s story begins at the John Gaston Hospital, more commonly known as “The John”, where she worked as a resident before submitting her name to be an astronaut. From there, the story of how Seddon made her way into the astronaut corps unfolds. She discusses her missteps, her triumphs, her family, and all of the ups and downs of being a space traveler. Simply put – buy this book. With so much negativity in the world and as we watch space exploration efforts struggle through technical failures and budgetary challenges, Go For Orbit is a spectacular reminder of what makes space travel possible – hard-working, talented individuals who refuse to give up.

STS-135 Atlantis was produced by Lloyd Behrendt with his artwork gracing the inside pages. A longtime follower of space-related events in and around Florida’s Space Coast, Behrendt has worked to capture the thrill of spaceflight by turning his pictures into art.

Retailing for $27.95, STS-135 Atlantis is published by Blue Saw Publishing and it can be purchased at Amazon Books.

Behrendt told SpaceFlight Insider that his purpose in shooting the last 50 shuttle missions was that it provided an artistic “arc” that concluded with a result – the construction of the International Space Station. Behrendt decided to shoot the final shuttle mission using film and NASA accommodated the freelance photographer access to pivotal milestones during the close of the shuttle era. One of Behrendt’s overriding objectives was to create 40 large format photo oils, to save as an exhibit for the future, so people can see what it was like to cover a shuttle mission.

James A. Henrie served the U.S. Space Agency in a variety of roles, he recounts his time with the space agency via NASA Behind The Scenes Snippets. This tiny book (52 pages in length) covers a few incidents that he encountered during his career.

There is not a lot of material within this book, many of the few pages are filled with images. Having said that, NASA Behind The Scenes Snippets is a good book for those wanting to know more about what went on inside NASA during the Apollo Program. Moreover, the book is relatively inexpensive, only costing $7.99.

While the summer months are not the time that one wants to find oneself buried in a book, the tales, imagery, and history contained in these books will make rainy afternoons – or long road trips – far more enjoyable.

Thank you so much, Jason.
Jim Henrie

Read and found it well written and intresting and great humor. Short but a very good accounting behind the scenes.