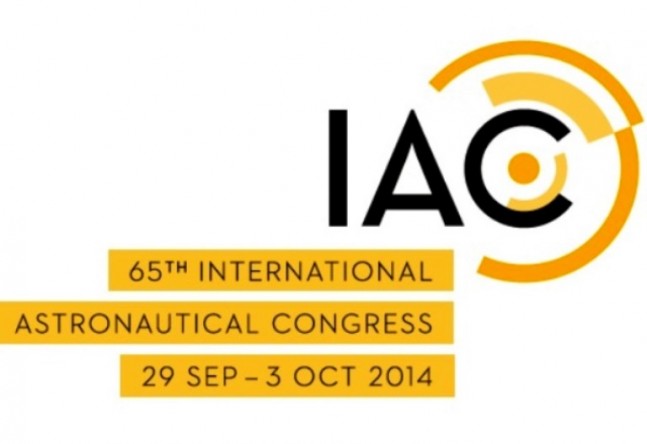 The 2014 International Astronautical Congress (IAC) is well underway and more than 3,000 delegates are roaming the halls and event spaces in downtown Toronto, Canada, collaborating and exchanging their breadth of experiences, views and research on hundreds of topics relevant to spaceflight and astronautical endeavors. In addition to the studies and the social events however, this years’ attending membership will have some additional work cut out for them. This week in Toronto, voting members will need to pare down their options to select just one location from a field of four final locations and member organization bids: Adelaide, Australia (Submitted by The Space Industry Association of Australia), Bremen, Germany (Submitted by ZARM Drop Tower Operation and Service Company), Istanbul, Turkey (Submitted by The Turkish Amateur Satellite Technologies Society) and Orlando, United States of America (Submitted by The Space Foundation).  Dublin, Ireland was still under consideration as recently as early September but the bid which had been submitted by The National Space Center Ltd. was withdrawn on Sept. 9, narrowing the field to four.

In speaking with Steve Eisenhart, Senior VP of Strategic & International Affairs at The Space Foundation and Dale Ketcham, Chief of Strategic Alliances at Space Florida, it became apparent that there is a lot of thought, close collaboration and coordinated effort being contributed by all members of Team Orlando.

“We feel that our bid represents a match made in Heaven for IAC 2017,” Ketcham said. “With Visit Orlando’s experience in representing a region which sees over 50 million visitors a year, and the organizational strength of the combined team of The Space Foundation and Space Florida, we have put together what we feel is a very attractive and strong proposal.”

It has been twelve years since the last IAC was conducted in the U.S., having last been held in Houston, Texas in 2002. In the ensuing twelve years, IAC delegates have been welcomed by eleven different countries, with Canada being the only country in that period to have hosted the event twice; in 2004 (Vancouver) and again in 2014 (Toronto).

Delegates at the social event put on by Team Orlando in the exhibit hall Wednesday afternoon (Oct. 1) appeared to agree that Orlando was a strong choice for its ability to host large events, its abundance of activities for delegates and any accompanying family members, before, during and after the formal sessions. Orlando’s local airport (MCO) is a transportation hub, which means that it will likely require only one or two flight segments for attendees to travel to the event, if Orlando is selected as the host city. “Launch service providers, engineering firms, students and young professionals – they all agree.” Eisenhart said, noting the numerous aerospace firms that are located in the region. “NASA, Boeing, SpaceX, United Launch Alliance, Northrop Grumman, Aerojet Rocketdyne – in addition to many other organizations – they all want to bring IAC to Orlando in 2017.” Not all aspects of an international event fall under the organizing body’s control, however. Just this year, multiple delegates from the Russian and Chinese contingents were denied entry Visas by the Canadian Government, for as-of-yet unconfirmed reasons. When asked if there was any way to prevent or mitigate such a risk from afflicting an Orlando-based event, Ketcham pointed out that there were three years before the 2017 event, commenting that everyone involved has been and would continue to be working hard to ensure that the co-operative and collaborative aspects of international space research and exploration remained alive and well.

According to Eisenhart, a verdict on the topic should be delivered during the IAF’s General Assembly this Friday, over a full year since the competition opened last September, in Beijing. It is expected that the organizing bodies of the IAC will be recommending one of the four proponent hosts/countries to the voting membership for acceptance, but it is also suspected that if there is a lack of immediate alignment within the membership that a formal vote will be required.

Eisenhart discussed what aspects of the IAC’s efforts he, himself was most proud of to SpaceFlight Insider.

“The depth of support that we’ve experienced in bringing this all together. From the conference organizing teams at Visit Orlando and the Marriott World Center, the learning and organizational teams within Space Florida and The Space Foundation to our many industry partners and the local activity centers (such as The John F. Kennedy Space Center – the Gala dinner would be under the historic Saturn V rocket at the Kennedy Space Center Visitor Complex), we’ve felt nothing but support. And we believe it’s time to show the world that we’re ready, that Orlando is ready.”