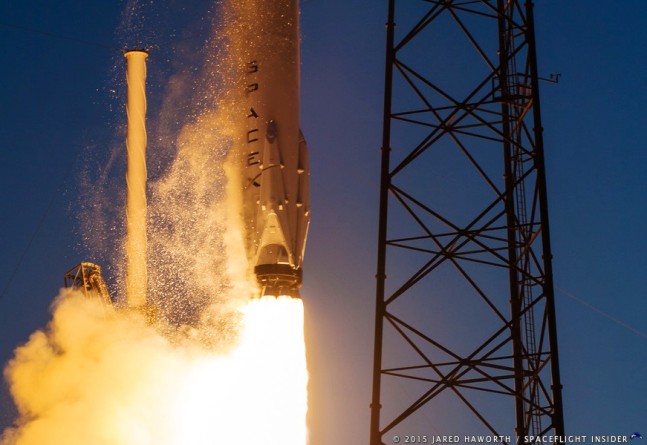 It is a question that, since the end of the Space Shuttle Program, is heard all too frequently: “So, what do you do now that they aren’t launching rockets anymore?” Even individuals who live along Florida’s Space Coast pose the question. How do you politely tell them that Cape Canaveral Air Force Station is the most active launch site in the world? How do you clearly relay that locals can get closer to the thrill of a launch than almost anywhere else? A pair of organizations are working to let the world know – Cape Canaveral is the place to watch a launch.

Space Florida is the State of Florida’s organization responsible for promoting and maintaining the aerospace industry’s strong presence in the Sunshine State. They have partnered with Paradise Advertising Digital & Entertainment, an organization that specializes in the promotion of the travel, aviation, hospitality, and leisure industries.

The duo will field a national multimedia campaign whose sole purpose is to not only tell folks that, yes, launches are still taking place at Cape Canaveral, but that now they have a way to watch those launches themselves.

To help promote this campaign, they have tapped someone who has no problem with a difficult job – Mike Rowe, who is perhaps best known as the host of the Discovery Channel’s Dirty Jobs and CNN’s Somebody’s Gotta Do It.

Rowe’s well-known voice will serve to correct the misconception that Florida is not the world’s leader in terms of space flight. The core drive for this effort will be to raise awareness. Rowe’s voice has also graced a space-related production – How the Universe Works.

“Mike is the de facto voice of American ingenuity and tenacity and is the perfect fit for our campaign,” said Brad Cohn, Chief Creative Officer of Paradise.

On average, there are about two launches that take place every month from Cape Canaveral Air Force Station and that pace shows no sign of slowing down – in fact, with new craft and launch vehicles entering the field, it is set to accelerate. To find out a bit more about the status of launch operations at the Cape as well as the driving focus behind this effort, SpaceFlight Insider spoke with the President and CEO of Space Florida – Frank DiBello.

SpaceFlight Insider: Frank, can you explain what compelled Space Florida to unleash this campaign?

DiBello: “We partnered together with Paradise Advertising and, together with them and our staff, we put together this campaign, which we see as multi-phased and we’re really excited about it because, when the Space Shuttle Program ended, many people thought that the space program itself had died, that nothing in terms of space flight was going on in Florida – a state that has such a rich space heritage – and that is anything but the truth.” Cape Canaveral is, at present, the most active spaceport in the world – it is also the most accessible to the public. Photo Credit: Mike Howard / SpaceFlight Insider

SpaceFlight Insider: What do you think is one of the key things that needs to be conveyed to the public in terms of the Cape?

DiBello: “Today we have probably the busiest spaceport in the world, with an average of two launches a month, occurring out of Florida and we think that this is exciting and we want people to know about it.”

SpaceFlight Insider: Is this effort designed to increase the likelihood people will visit Florida?

DiBello: “What I love about the ‘We Are Go’ campaign is that it is not only aimed at promoting and inspiring people to come to Florida, but when they think about Florida, they think about space and space travel. The ‘We Are Go’ campaign is a real call to action; it’s a call to come to Florida and we just think that it resonates really well in terms of promoting the thrill and the excitement of experience of coming to a place like Florida for a launch.”

SpaceFlight Insider: Why should people come to the Cape when there are so many other launch sites across the globe?

DiBello: “We are the busiest spaceport in the world and are about to become even more so. When you think about it, and it’s an undeniable fact that we are the only place in the world where the average, global citizen can come and watch a launch. Almost every other launch site is either in a restricted area or difficult to get to – or not open at all. Florida is a great place for anyone in the world to come and see a launch and with the launch rate that we have – which is only going to be increasing over time – at least twice a month you will be able to watch an exciting launch, to feel the thunder, experience the excitement and everything that comes along with that. It is truly a significant experience.”

SpaceFlight Insider: What mediums will the WeAreGoFL campaign use?

DiBello: “I think that you will see a lot of things, both in social media, web promotion and billboards and a variety of media mechanisms that will convey the message and to draw people to WeAreGoFL and I think that this is important for us. We also see this as also being probably multi-phased. Initially, it will work to draw people in, to have them come to Florida and really our initial phase was to attract people to the Kennedy Space Center Visitor Complex, to try to get them to come there and to also see a launch.”

SpaceFlight Insider: How will this effort be impacted by the efforts to privatize space flight?

DiBello: “With the rate of launch that we are currently experiencing and with new classes of spacecraft that are coming into being – especially horizontal spacecraft and as space travel becomes more democratized – that call to action campaign will also evolve to promote experiencing those kinds of activities, both in viewing as well as engaging in them.”

SpaceFlight Insider: There has been some concern that Florida’s position as the leader in terms of launch – do you share this worry?

DiBello: “Florida has had a rich heritage in terms of space for the past fifty years, but the next fifty years are going to be even better and we want people fifty years from now to be very proud of our leadership in space and this campaign is really about calling attention to that and inviting the global citizen to experience that with us here in Florida.”

The campaign will consist of a multi-media push highlighting some of the more memorable U.S. launches. The campaign consists of digital, social, broadcast, website, and out-of-home buys with outlets such as National Public Radio, In Flight video, Facebook, twitter, custom e-blasts, and promotion on prominently-placed websites.

“The big idea in creating the #WeAreGoFL brand is letting people know that the majesty of American space flight is still going strong,” said Brad Cohn, Chief Creative Officer of Paradise. “By using the iconic phrase ‘We Are Go’, we’ve tapped into instantly recognizable ideas that are the backbone of America: ingenuity, idealism, and innovation.”

Space Florida is a sponsor of SpaceFlight Insider

Ty Jason if you can let then know that alot of the Atlas V launch pics are the Falcon 9vV1.1 as the Rocket and the SpaceX Dragon launch are using the outdated Falcon 9 v1.

“How do you politely tell them that Cape Canaveral Air Force Station is the most active launch site in the world?”