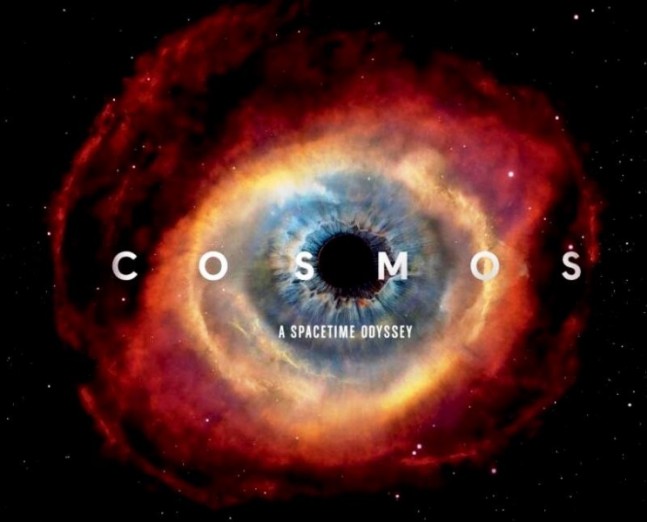 I briefly met Neil deGrasse Tyson during the lead up to the launch of space shuttle Atlantis on mission STS-125 in May of 2009. It was the final re-servicing mission to the Hubble Space Telescope. It was a blisteringly hot day. I was assisting SpaceFlight Now on their live show and Tyson was at the station next to ours at the NASA press site at Kennedy Space Center in Florida. Few have made science and astronomy as accessible to the general public as Tyson has. One of his latest efforts, the reboot of Carl Sagan’s Cosmos series, Cosmos A Spacetime Odyssey is out on DVD and Blu-Ray – for anyone interested in space, science or who is just curious about how things work? It is a must have.

With the jihad of disinterest that has seen many scientific endeavors hampered in recent years it is past time that the “documentary” was re-envisioned, re-forged using modern themes and language (likely helped by one of the series’ producers – Seth MacFarlane).

The show began airing in the spring of 2014 and was co-produced by Cosmos Studios along with MacFarlane’s Fuzzy Door Productions as well as the National Geographic Channel. MacFarlane might not have initially seemed like a good fit for such a documentary given that his prior works include: Family Guy, American Dad! and The Cleveland Show. Bringing a fresh aspect to the concept behind Cosmos has produced a vehicle from which understanding the complex concepts detailed within are not only easier to grasp  – but entertaining. In so doing, the viewer is left wanting more and in terms of what the show offers? That is a very, very good thing. Tyson has become one of the leading scientists working to take point and make science and space exploration more accessible to the public. Photo Credit: NASA

Tyson takes viewers on a tour of not just the universe, but the microverse as well as the history behind how we have come to know what we do. With stunning visual effects, nice animation and a good score Tyson weaves a tale that allows one to view science – as it’s own religion. The scientists and individuals who came before are respected, revered with their positive and negative aspects on display.

Meeting Tyson even for a fleeting moment created an impact, one which I held onto long afterward. Tyson had someone who inspired him as well – Carl Sagan. Tyson met Sagan a handful of times during his life and it was obvious that Sagan had made quite an impression on him. Sagan had reached out to Tyson on a personal level – it is only appropriate that Tyson is the one to pick up Sagan’s standard.

On more than one occasion during the series Tyson highlights how Sagan took time out from what he was doing to meet him, to speak to him, to provide him with inspiration and when it looked like Tyson might be stuck without a place to stay – invited him to stay at his place.

Sagan’s legacy lives on through those lives that he touched – and Tyson is one such individual.  Tyson stated plainly that in terms of the rampant “ists” that the public has used to separate itself into distinct segments that the only “ist” he is – is a “scientist.”

“When you study a topic, you’re basically giving your lift to a single field, a single topic,” Tyson stated during the 2013 Comic-Con panel. “And you need to learn to love the questions themselves and when you do – the universe is yours.”

Amazon lists the Blu-ray version of the show at $34.99 – given the time, thought and detailed placed into this program – it is a bargain. The four disc set encompasses the entire 13 episodes – each of which is nothing short of a visual masterpiece.

Enjoyed the read but the title may need to be adjusted. Only two sentences in the 2nd paragraph reflect on the show in review.

Jason, I too thoroughly enjoyed the Dr. Neil deGrasse Tyson re-make of Dr. Sagan’s COSMOS. He succeeded in capturing much of the awe, mystery, enormity, excitement and adventure of the original. I was concerned, however, when I saw the Arbitron ratings of the show as it often did not fare at all well. This does not detract in the slightest from the very high quality of COSMOS, but only gives one cause to ponder why so many prefer the usual, mundane “song-and-dance” shows to the unequaled excitement of space exploration. I guess it’s true that, “You can lead a person to knowledge, but you can’t make them think.” The only small issue that I had with the series was that, here in Detroit at least, the episodes were bludgeoned with commercials. I swear that toward the end of each episode there was more commercial than show. This is indeed a “must have” series, and will join my original COSMOS which I still thoroughly enjoy. Now, if only we can persuade Ken Burns of “The Civil War”, “Baseball”, “The War”, “Jazz”, etc. PBS fame to do a series on the space race/program, from Goddard and Tsilokovsky to SLS/Orion. Please Mr. Burns, many of the key figures are not getting any younger: tick-tock, tick-tock.