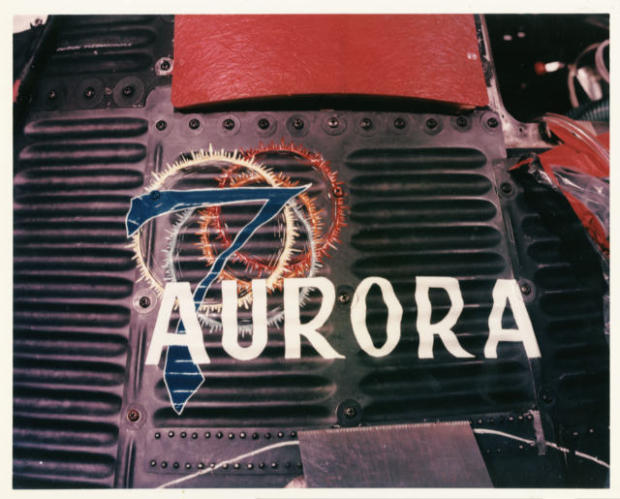 On October 26, 2013, Photos To Space will launch the Scott Carpenter Memorial Flight to the edge of space. You can be a part of this historic adventure. Just upload your photo using the form below and follow along as we countdown to the flight.

More than just a NASA Astronaut, Scott Carpenter embodied the term ‘American Hero.’ He worked as a NAVY pilot flying dozens of reconnaissance missions. He was also a SEALAB participant exploring living conditions at the bottom of the ocean.

Who’s Flying On Such A Mission?

Your photos will be carried into space on a sub-orbital rocket provided by Team Prometheus. Carrying the data card with your images will be our own Astro Corps representative ‘Scott’ wearing an authentic replica Mercury flight suit. Scott will carry out out a few experiments while on the flight. He will also make sure your photos remain safe throughout the entire journey.

While riding on this mission, Scott will also take pictures which we will share with you one the rocket has returned safely to Earth and been recovered by the dedicated Team Prometheus staff.

Learn More About The Flight. What does it take to get to the edge of space? The team is flying on the ‘Away Mission’ vehicle. Flown by Team Prometheus, this craft is a new and experimental design, much like the Mercury Atlas that Scott Carpenter piloted back in the 1960s.

This rocket is going up over 60,000 feet before the parachute recovery system returns it safely back to Earth. Your photo will be kept safe with our Astro Corps Astronaut during the entire flight.

To get started on your adventure just pick a photo and fill out the flight form. You will receive an email welcoming you to the team. Click here for info: Scott Carpenter Memorial Flight

When the mission is over, we will look through the data and create certificates of participation including all of the details of your Astro Corps mission. We’ll include information such as how high the vehicle went, how fast it traveled and what the cameras saw during the flight.

Join Us On This Memorial Flight

We would love to have your photo accompany us on this memorial flight. But you have to hurry. We need your photo before October 22, 2013 at 11:59pm ET.

The preceding was a paid advertisement for Photos to Space.