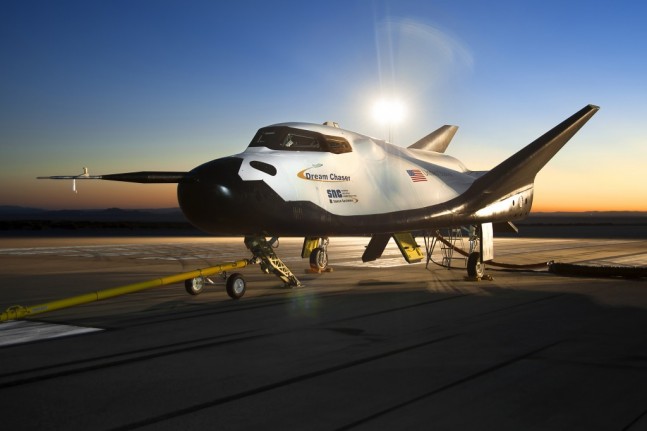 Last week on Saturday, October 26,  the Engineering Test Article (ETA) of Sierra Nevada Corporation’s Dream Chaser spacecraft conducted its first free flight test. Most of the mission was a complete success. However, the final leg of the mission encountered problems, and in so doing openly displayed how the company, its supporters and NASA handled the mishap. It was at this time that issues within SNC and NASA’s Commercial Crew Program came into sharper focus.

When Dream Chaser touched down, its left landing gear failed – what happened next was as predictable as it was disappointing. Whenever an organization which has been aligned with the “NewSpace” movement encounters a success, proponents of that movement all but demand those successes are touted loudly by media outlets. However, whenever an event or accident occurs that place the favored few within the movement in a less than favorable light? Those same individuals work to limit the accessibility of the information and imagery relating to said event.

Whenever something goes “off-nominal” vocal supporters of commercial space efforts state that the public can find the materials needed in obscure sources and reviews that even experienced aerospace journalists have a hard time finding. Where does the public get its information from? The media. Not from a white paper, not from a technical journal, to suggest they do so steers the vehicle of common sense off the road and into a ditch. The public gets its information from television, the internet and to a decreasing extent from print media. The fact NewSpace proponents would try to state otherwise shows just how sadly thin-skinned these folks are. The fact that they think that censoring information to make the companies they support look good is okay – speaks volumes about their character. SNC’s Dream Chaser is one of three contenders participating in NASA’s Commercial Crew integrated Capability. This effort is being conducted to one day ferry astronauts to the International Space Station. Last Saturday’s events call into question whether-or-not SNC is capable of being open with those funding this effort – the U.S. taxpayer. Image Credit: SNC

A review of the mishap that appeared on the news site for The SpaceFlight Group, SpaceFlight Insider, had the bland title of: Dream Chaser’s first free flight ends in failure. This was too much for one fan to handle, who demanded Insider adapt its format to fit his personal view:

Bit over the top headline don’t you think. The test flight wasn’t a failure per se, only the final landing. Seems like the rest was fine so why the exaggeration. If the flight had gone haywire from the drop then fine but that’s not what happened at all. So a bit more accuracy in the heading would be appreciated.

Typical. If the message doesn’t fit your personal views, talk down to them in as smug a tone as possible, that will show them what’s what. It also points out how confused these people are about what should be the primary focus – safety.

Consider this. You’re an astronaut, you’ve flown Dream Chaser to, and now, from the International Space Station. Ninety-eight percent of your mission has been a complete success. Then, on landing, your spacecraft’s left landing gear experiences a failure, Dream Chaser flips (that was the first report on what had happened, due to a severe lack of details from SNC which persist to today) and you’re killed or it rolls off the runway and you’re injured. I think the astronaut would call it (if they survived) a “failure.” Don’t think so? Why don’t you ask the family members of Columbia’s final mission, STS-107, if a 98 percent successful mission should be considered a complete success. I think you’ll find they will disagree with you. in the end, massaging public perception is never the right thing to do. As cliche’ as it may seem, honesty, from the start, is the best policy.

If the commentor gets his way, these companies will not be held accountable, they will get complacent and that could cost people their lives. Proponents of commercial space efforts have shown a willingness to stifle media efforts to detail any failures from those companies that have been tied to the movement. Photo Credit: SNC / NASA

Outside of the SNC euphemism of Dream Chaser experiencing an “anomaly” – we’ve been unable to find video or imagery of the incident. NASA and SNC have effectively blacked out information which would allow the public to see what took place. Given that Dream Chaser was produced with taxpayer funds? This is totally inappropriate and unacceptable.

SNC downplayed the incident, released what has been dubbed the “least informative” press release ever and edited the video footage so that the accident has been entirely cut out.What does this say about Sierra Nevada Corporation?

Behaving as SNC did this past week says you have something to hide, that you are afraid your efforts won’t survive an accident and the subsequent scrutiny. For a company developing a spacecraft which is planned to carry crew one day – it’s a frightening deficit of courage, an inability to say honestly to the public: “Something went wrong, this is how it happened.”

THIS IS WHY WE TEST

The space community has been in a tailspin since President Barack Obama scrapped the Constellation Program and directed NASA on an ever-devolving path that to this day leaves the space agency with no clear direction and waning support. Failure, of any sort, can mean death for these companies. Due to this, the days of openness and honesty are gone. NASA and its family of contractors have learned the ultimate lesson of the “Hope & Change” era: Today’s SpaceX is tomorrow’s Constellation Program.

In the early days of the Space Age, test pilots frequently lost their lives as experimental aircraft were pushed to their limits. It was understood that sometimes things go wrong. In this “new” era, rather than accept that, the insecurity caused by the current administration’s actions,  “new” and social media as well as the 24-hour news cycle have made companies terrified of showing their products having any issues whatsoever.

What’s wrong with something going south on a test flight? Absolutely nothing. In fact, that’s precisely what test flights are for. SNC did everything precisely as they should have on Oct. 26 – until they made the decision to doctor the released video and to only talk about the positives and to downplay the accident. So what about the issue that arose with the ETA during the free flight test, how serious was it, what impact will it likely have on SNC’s efforts under NASA’s Commercial Crew integrated Capability? Little – if any. The landing gear was not even the same type planned for use on the manned version of the craft. In all likelihood? It’s a minor bump in the road. The real problem here is the total failure of SNC and NASA to be upfront and honest from the start. Made complicit in this are the “media” representatives who went along and failed in their responsibility to ask the tough questions.

Confidence in a product does not come from hiding an issue – it comes from being open and honest. If it wasn’t a big deal as SNC claims – why not show it? Both SNC and NASA had an opportunity here to show they are not afraid of accidents, that they are not risk-averse. They failed to do so. Raising the question, if a minor accident can cause such a response – what would happen if a commercial spacecraft is lost with its crew? In reality, the ETA’s crash wasn’t the failure – the real failure was the actions of SNC and NASA following the accident. NASA has experienced numerous failures during testing. That is the purpose of failures, to show flaws in the design and to apply lessons learned in later models. Photo Credit: NASA

In 1967, the crew of Apollo 1, Gus Grissom, Ed White and Roger Chaffee died when a fire broke out in their Apollo 1 spacecraft. Just four months later, NASA experienced another testing failure when its M2 F2 lifting body test article plummeted into the desert at Dryden Flight Research Center (that’s what the center is called today, it was named in honor of Hugh L. Dryden in 1976) in California. When you test new spacecraft – accidents happen. Downplaying the situation to the point of acting like nothing happened is, at best, disingenuous. At worse – it sets a dangerous precedent. Both NASA and the aerospace community owe it to the crew of Apollo 1, Challenger and Columbia to be open and honest. Photo Credit: NASA

This incident also showed, unequivocally, that new media is a failure. So-called “journalists” willfully allowed NASA and SNC to push the modified version of events; they posted long-winded diatribes about how this was acceptable and assailed anyone who contradicted them. Contrary to what these folks believe, the media’s job is to relay information, not to edit it to suit a company’s agenda or talking points. In short, those members of the media who allowed this to take place aren’t media – they’re non-attorney spokespersons.

Some will say I am being too hard on both SNC and the members of the media who acted as the company’s unofficial public relations officers. However, for those of us who remember a cold day in January 1986 and a sadly similar day in February of 2003, well, I think it’s fairly safe to say that I am not being too hard at all. The public has helped fund this effort – they have a right to know, to see – for themselves.

In the end, October 26’s failure was not one of engineering, of landing gear or expertise. It was a failure of honesty, a failure of integrity and a failure of some in the media to be unbiased and do their jobs – to ask the tough questions or in this case, virtually any questions at all.

Jason, several months ago I had the privilege to read an article you had authored in which you posed the question, rhetorical at the time, of how would newspace corporations and supporters react should a malfunction occur with a manned or unmanned spacecraft, and how would that differ from the glaring spotlight under which every action by NASA is scrutinized. Well Jason, it appears that we have the answer to your prescient question. I did rather enjoy the commentator’s observation with classic understatement that “funny how that (footage of the accident) was not included in the press video.” Best wishes, Karol