Notes on the Run: What is it like to see a rocket launch? 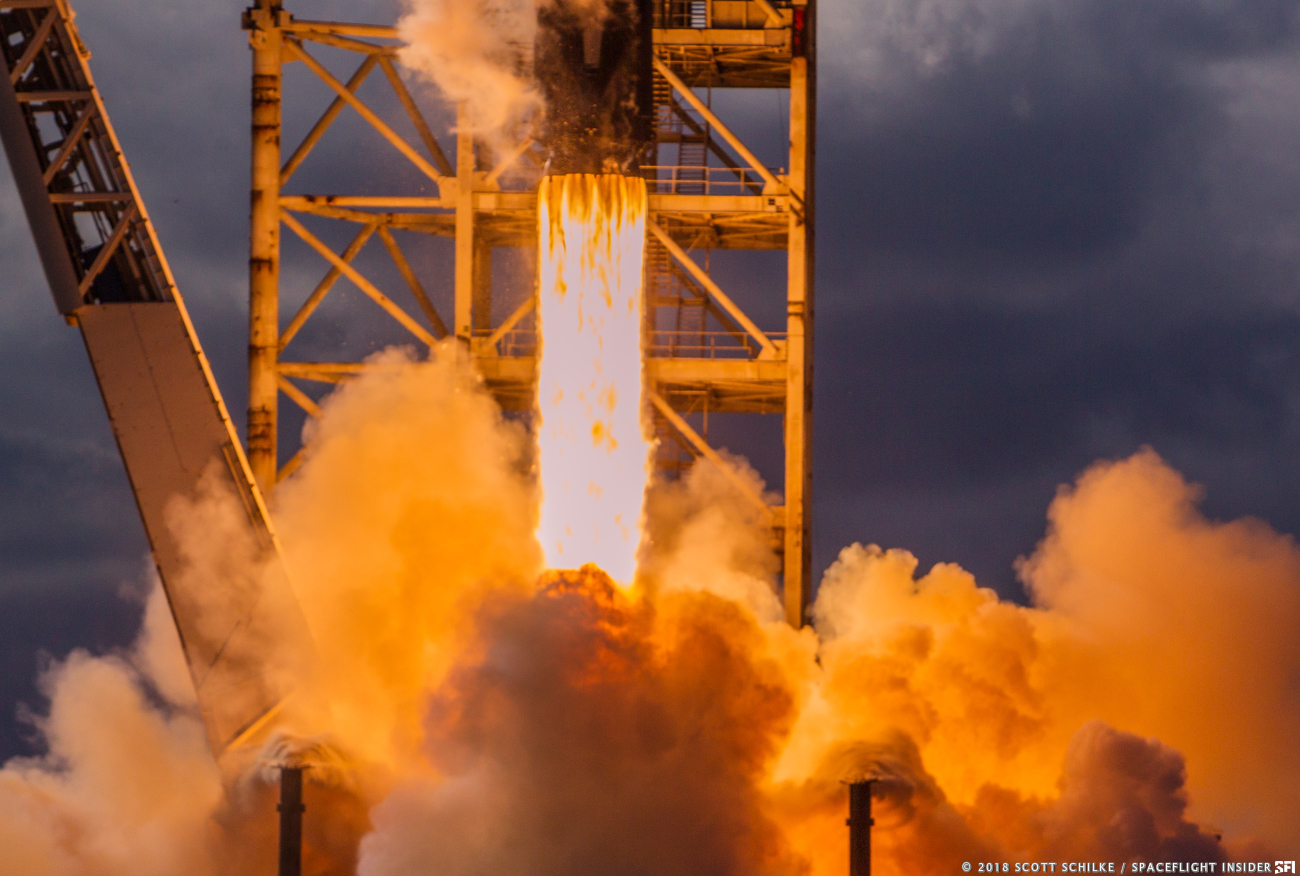 One of the questions I’m often asked is “What’s it like attending a rocket launch?” Perhaps the best way to answer the question is by detailing some of our recent experiences during the launch of Northrop Grumman’s S.S. John Young to the International Space Station.

I jotted down a few notes about what it might be like to attend one of these events with a family in tow or as someone who has taken time off to see it. As I scrambled around with our team trying to get all of the things we needed to do completed, I wondered to myself what that was like (I’ve been doing this for more than 11 years and my memory isn’t what what it once was).

Starting things off with a bang…

The events leading up to the early morning launch (Antares with its cargo of the Cygnus spacecraft lifted off at 4:01 a.m. EST on Nov. 17, 2018) were…different.

Ordinarily, one doesn’t see a car accident as it happens, you normally see the aftermath. On Nov. 17 journalists, photographers and others were loaded onto a bus headed for the Mid-Atlantic Regional Spaceport’s Pad-0A to see the Antares rocket at the pad and to set remote cameras. Conditions could have been better, but for one person, they couldn’t have been much worse.

Our escort vehicle, a white SUV with blue and red flashing police lights, was in the middle of the road. To say it was hard to miss would be an understatement.

“Is he going to stop?” The question came from Lloyd Campbell, one of SpaceFlight Insider’s writers. Not knowing what he was talking about, I looked left. There was the escort vehicle, then came the van, the screech of tires and the unmistakable “thump” of bumper hitting bumper.

While my eyes were fast, my camera arm was less so and I only caught one very pissed-off security officer expressing his displeasure to the driver and instructing them to back up, which they did – almost hitting the car stopped behind them (who proceeded to express their displeasure by blowing their horn). Ever eloquent, I summed up the situation as such “You can’t make this **** up!”

If I had known how the rest of the day would unfold for our team, I might have shown a little less snark. Setting up remote cameras is a labor-intensive affair.  We had five photographers on hand who set some 14 of these stations (each has a camera, trigger, dew heater, housing and a tripod) around Pad 0A. 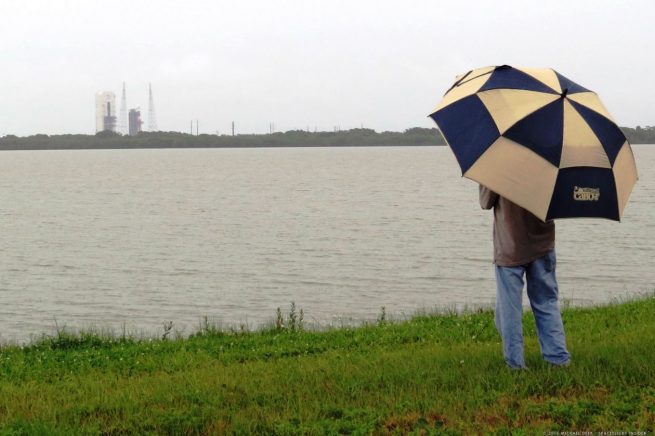 When all was said and done we were ready to depart – only to be stopped and informed that the massive Nor’easter bearing down on the region had caused the following morning’s launch attempt to be scrubbed. All of the camera stations everyone had set now had to be collected. That’s something important if you plan on attending a launch – be prepared for slips and scrubs.

All too often those who are attending their first launch become upset when a scrub is called citing hotel rooms they’ve rented and money they’ve spent as the source of their indignation. Each and every mission sent into the black costs millions. Planners, while sympathetic to the impact on attendees, are focused on the successful deployment of the rocket’s payload.

With temperatures around 38 degrees the day of the NG-10 launch, it was a far cry from the heat and humidity associated with launches out of the Cape. That brings up another point of concern – be prepared for weather, bugs, heat and cold. Bring an umbrella, bug spray and appropriate clothing.

The eye of the beholder…

The officials handling the media always ensure that the press has a tent to work from and, when required, a heater. The heater for this launch had opted to take the morning off, requiring a repairman to come and get it working. While I offered him $10 if he could resurrect the beast, he graciously declined my offer but successfully completed his goal. Many of the civilians who attend these flights don’t have that luxury. You might not either. Find out what the conditions are like where you will be, where you will be able to watch the launch from and how much time you need to set aside beforehand.

SpaceFlight Insider is almost entirely staffed by volunteers. No one is paid to wake up early, fly across the nation, put thousands of dollars’ worth of equipment in jeopardy while working in the freezing rain. This is obviously more than what a tourist has signed up for. Make sure that you, much like those in mission control, plan for every contingency.

So, what is it like to attend a launch? Stop what you’re doing, review upcoming launch dates and go find out. Stop viewing the thoughts of others as being more important than your own and discover what you think and how it makes you feel – for yourself. We guarantee that, barring hurricanes, freezing temperatures and distant locales – it will be worth it.

The preceding is based off the opinions of the writer and do not reflect those of SpaceFlight Insider. We’re considering running a regular series based off of what our team encounters and how they relate to the general public.