Notes on the Run: Put on your tinfoil hat because here we go… 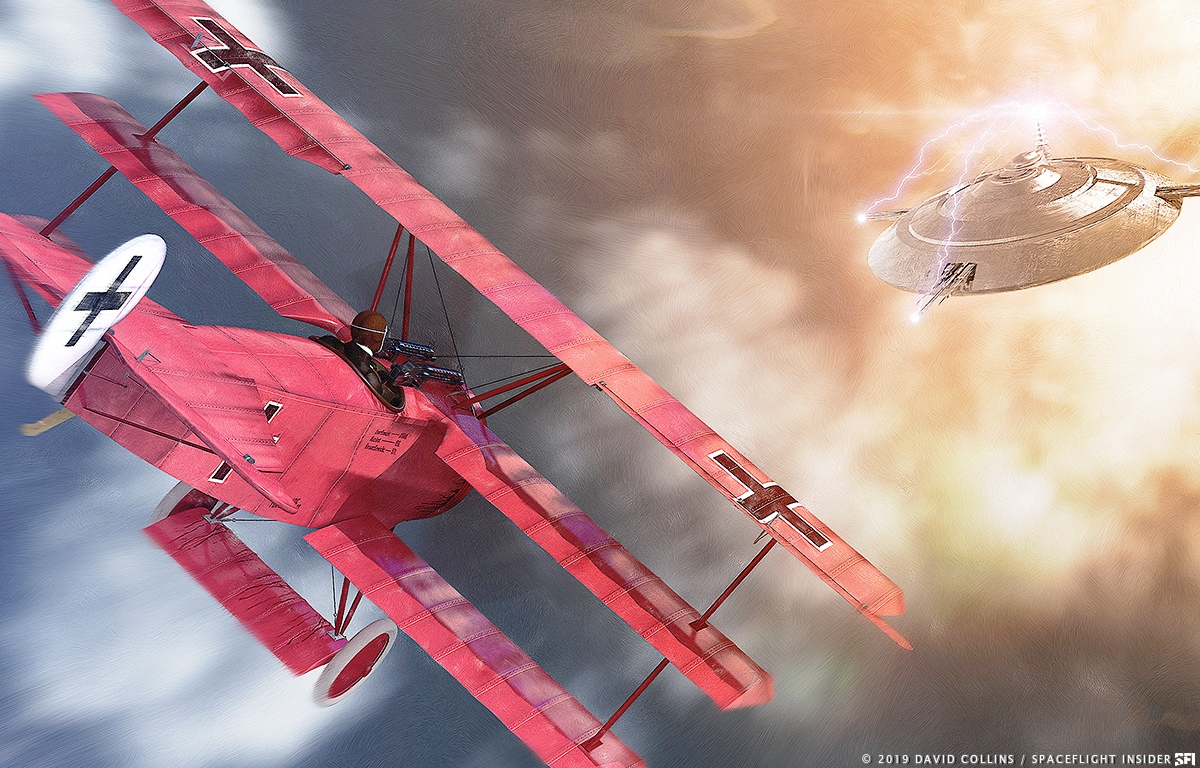 For those who want to share the thrill of space facts with the world – it’s important to be prepared for those who prefer science fiction. Image Credit: David Collins / SpaceFlight Insider

CAPE CANAVERAL, Fla. — “Have you seen UFOs? Are aliens real?” My response to this line of questioning is almost always the same and, usually, not suitable for print.

I’ve been told I need to try harder to provide a polite response. I initially tried to do so in this case. Sadly, things didn’t go as I would have preferred.

“I personally haven’t seen any UFOs.” I said

The guy pauses, albeit briefly. “What about that sperm-shaped thing in the sky the other day? You can’t tell me that was natural!” It’s at this point that I start looking for a window to hurl myself out of but, again, I try to be polite.

“That was the exhaust plume from a Falcon 9 rocket with a comm sat…” I begin, but was unable to finish my sentence.

“A government spy satellite right?” One of my partners is always counseling me to be more positive. Personally I miss the days when carrying and using pepper spray was part of my job description.

“No, it was a communications satellite…”

“Whatevs, I know aliens are real!”

“Sure there are a lot of them coming up from the border.” probably not the best response but at this point I’m in this conversation for the amusement factor.

“No, I mean the ones from space,” he says, becoming irritable.

I sigh (inwardly) but, again, try to be professional (an oft-abused word in the space industry).

“There could be alien life inside our solar system. Possibly on Mars, around hydrothermal vents that might exist on Jupiter’s moon Europa and elsewhere.” As his eyes glaze over I wonder if I lost him at “solar system” or “There could…” 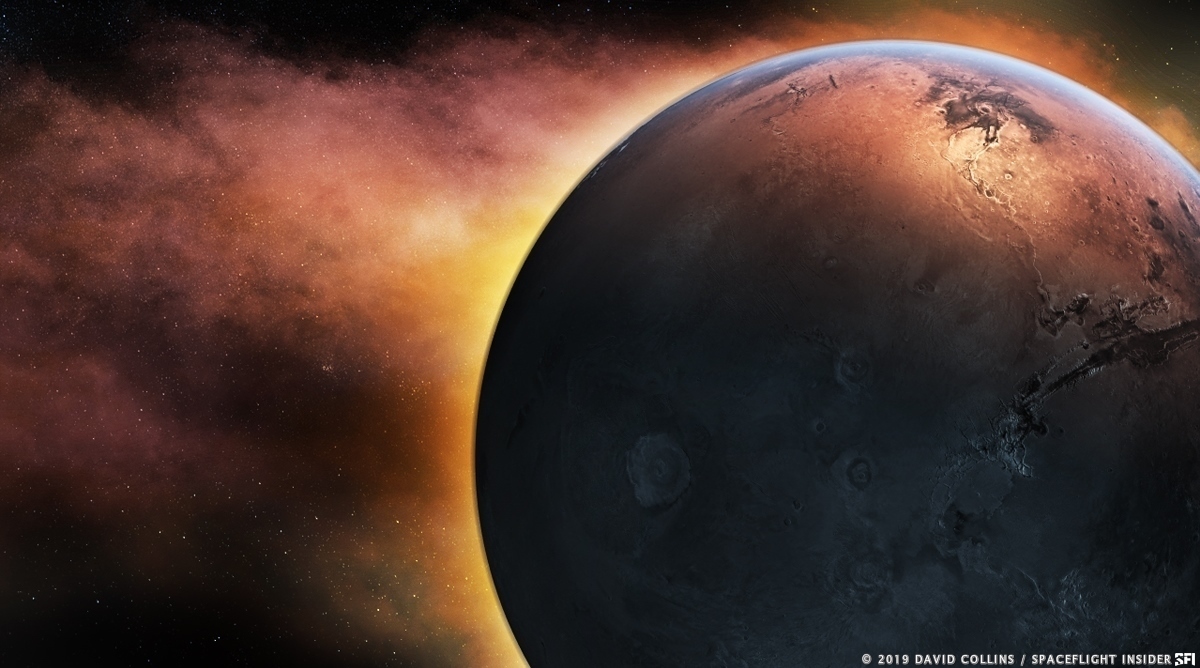 Given the vast distances between Earth and exoplanets – it is unlikely that aliens are visiting us. Image Credit: David Collins / SpaceFlight Insider

Honestly? The universe is too unbelievably massive for life to not exist outside of our dinky little corner of the cosmos. However, the vast distances between stars make it highly unlikely ET is getting off at our exit.

Tilting back toward my inner (and outer) pessimist, I doubt that a species capable of traversing time and space would spend much time on humanity. Tide pod challenges, twerking and man buns alone should be enough to keep intelligent beings away.

I always hope I’ll be asked about orbital mechanics or the reason rockets traveling to orbit are comprised of stages or why it’s impossible for humanity to continue surviving without leaving Mother Earth. Instead? I get folks asking me where in Nevada the Moon landings were faked. With 400,000 involved in the Apollo Program it is virtually impossible they were faked (there’s no way that many people could keep something of that magnitude a secret).

The media has helped spread ignorance and misunderstanding (CNN once stated that a shuttle was traveling faster than the speed of light when it was returning to Earth). Moreover, the U.S. government is far more capable of incompetence than being able to pull off some grand conspiracy (take a look at the government’s response to Hurricane Katrina for an example).

It’s good to have the opportunity to share the importance of space exploration with the public. Even if they think I’ve been fist-bumping with Spock, a Zentraedi or a xenomorph, at least it gets the conversation started and, in this particular case, it was even a source of fun.

“It’s true. It’s all true. The Illuminati have conspired with Trump to use Yeti-developed technology to beam false information about chemtrails through the powerful shields of tinfoil hats.”

And he got all mad.

“Well, I read your article and you’re wrong! Those aren’t the spacesuits NASA is going to use. They are going to be white not orange!” (I later surmised he was referring to ACES which NASA is developing for us on Orion flights).

Almost falling into the trap of explaining the concept of how dyes can be used to change the color of apparel (including spacesuits) I catch myself in the nick of time. Making fun of this lame conspiracy theorist had lost its appeal however. Seeing the smile on my face, Bart Sibrel’s apprentice chose to storm off, likely to rewatch the Zapruder film or an episode of Ancient Aliens. Whichever was the case, I was glad he was gone. Sadly he isn’t alone in his views.

While preparing for a live webcast during a very early, very cold launch I was asked a few generic questions from a young lady. The launch had been scheduled to take place the day before, but was scrubbed either due to technical reasons or the weather. With her “adorable” knitted cap complete with kitty cat ears and tassels I thought she’d provide a good millennial noob perspective. Until she spoke.

“I think they delayed the mission because there’s something the government doesn’t want us to know that’s onboard and that’s also why they’re launching at night!”

It was a cargo run to the International Space Station, which meant the most top secret payload it had on board was mystery meat for the crew. At that point I decided she was the last person I wanted to interview.

Even those who participate as supposed members of the “unbiased” media will ramble on endlessly about how the greys are traveling thousands of light years to mutilate cows.

No matter what you say, no matter how perfect your argument is, they will never believe anything that runs contrary to what they believe. You can address each point they have but all of the graphs and charts in the world aren’t going to change their minds.

Some people are so convinced they have been visited by ALF that they reach a point where they look down on others from some self-imagined position of superiority.

Explaining the facts to these people is an exercise in frustration and sadly we’re not a famous Apollo astronaut and aren’t allowed to punch them in the face. So, for this installment of “Notes on the Run,” the experience I wanted to share is that sometimes your efforts are doomed even before the conversation starts. Do your best, but remember and accept that you can’t fix arrogant ignorance. Oh and be sure to watch the skies – the truth is out there.

Well, you can choose to ignore them, but then they vote in elections and you get Trump.

Loved the article. If everyone came to their senses, how may youtube conspiracy videos would be lost?