Opinion: Mars One – Our destiny in space or an Insane pipe dream? 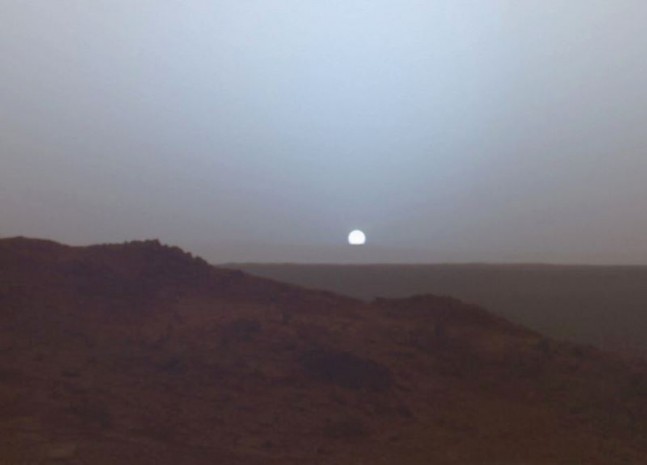 Mars One is a non-profit foundation formed in 2011 with the intention of establishing the first human settlement on the planet Mars. This is not a fly-by-night operation; it is a serious endeavor founded by intelligent and capable experts who have researched the feasibility and the risks and are prepared to launch a one-way mission to colonize the Red Planet. Crew selection began in 2013, and the first unmanned flight, intended to lay the groundwork for a habitable colony, is currently scheduled to launch in 2018. The first crew is scheduled to launch in 2024.

In other commentaries I have argued that our first priority should be returning to the Moon; in fact, that any Mars effort would be doomed to fail without a Moon base first. However, Mars One is a little different.

Mars One was established by Bas Lansdorp, an entrepreneur and scientist whose other efforts include founding Ampyx power and developing new and more viable ways of using wind energy, and Arno Wielders, who worked on NASA’s Ozone Monitoring Instrument and who also worked with the European Space Agency. Both are from the Netherlands. Bas Lansdorp is both an entrepreneur and a scientist, now fulfilling his dream of putting the first humans on Mars. Photo Credit: Joe Arrigo

The project began with a year-long feasibility study which concluded that today’s technology is capable of supporting a one-way Mars colonization mission. The spacecraft will be a variant of SpaceX’s Dragon spacecraft, along with landers that would carry inflatable habitats. Water and oxygen will be harnessed from water ice in the ground soil. Power would be provided by solar panels.

It’s hard to believe that such an audacious and daring mission was conceived and is being executed in today’s cynical, timid, profit-minded world, yet the Mars One team is dead serious, and has had more than 78,000 applicants registered in just the first two weeks of the selection program.

Are the Mars One team bold pioneers of a new era of space colonization, or are they crazy?

Maybe a bit of both. In order to embark on such a dangerous venture (one from which it’s impossible to return)—one must have what Tom Wolfe so famously called the “Right Stuff,” which Apollo 17 astronaut and Moonwalker Harrison Schmitt defined as “the unshakeable belief in your own invulnerability.”

Space flight – is dangerous. Everyone knows that. No member of the generation that witnessed the awful destruction of space shuttle Challenger can ever forget the fireball over Kennedy Space Center raining the fragments of America’s proudest accomplishment and the remains of seven brave astronauts into the Atlantic Ocean. Or, more recently, the tragic destruction of our first space shuttle, Columbia, in the skies over Texas. But as Chuck Yeager said in the film adaptation of Tom Wolfe’s famous book, “It takes a special kind of person to volunteer for a suicide mission, especially when it’s on TV.”

For certainly the odyssey of the Mars One astronauts will garner continuous news coverage in 2024 via whatever instant media is available at that time.

What, then, will be the consequences to the world if the mission fails?

That terrible explosion over Kennedy Space Center in 1986 not only destroyed the space shuttle Challenger, but a generation’s hopes and dreams of space flight. NASA never really fully recovered. The loss of Columbia in 2003 was the final nail in the coffin. The destruction of the space shuttle Challenger traumatized the nation. The loss of an international Mars colony would be an even bigger blow, one which would traumatize the whole world. photo credit: NASA

According to the Mars One website, the proposed budget includes “a large safety margin to take into account significant mission failures as well as smaller but costly failures of components on Mars.” Yet in a permanent colony, the only surety is that things will go wrong—and frequently what goes wrong is what no one ever thought of.

The life support equipment in the Mars habitats is based on tried and proven technology and every component has a backup. But in an indefinite future on Mars, eventually those components will fail. Or what if a solar flare strikes the Mars One spacecraft during its year-long trip to Mars? The spacecraft has no provision for such an event, there’s no radiation shelter. The crew would die. Or suppose an engine misfires and the vehicle crashes on Mars? Or suppose an oxygen tank explosion such as that which crippled Apollo 13 in 1970? All of these are real possibilities which would almost certainly spell doom for the Mars colonists.

The brave volunteers for the Mars One mission know the risks and are willing to take them. But will that sentiment be shared by the people left behind on Earth? What would the loss of the Mars One colony mean to Earth’s willingness to support a manned Mars mission again? Mars One plans to use a variation of SpaceX’s Dragon capsule for transportation to Mars and for use as part of the habitat on the Martian surface. Photo Credit: Collin Skocik / SpaceFlight Insider

Fortunately, Mars One is a privately funded venture, and that is the critical difference. If the initial colony fails, a second crew is scheduled to depart in 2026. Where the Apollo Program eventually led nowhere because the taxpayers and the politicians lost interest, Mars One need not fade due to a lack of public interest.

Time may prove Mars uninhabitable; the colony may get off to a great start and then suffer one malfunction after another and slowly wither away and die.

Or it may succeed. We may witness the long-delayed, but much-anticipated reawakening of the dream of the conquest of space, and see Mars become a thriving sister world within our lifetimes. Even if the people of Earth lose their nerve, the Mars colonists will be prepared to live on their own without their mother planet.

We may well be at a crossroads in history, and the future of humanity might depend on the success or failure of Mars One. Time will tell.

As a professional in the space business, I would like nothing better than to see humans travel to Mars in my lifetime. I am sure it can eventually be done, despite the amount of effort and money it will require. The very challenges we will need to rise to equally mean it will not be done by an outfit like MarsOne.

Sorry to break the bubble, but MarOne is about entertainment. Very good entertainment no doubt, and the fact that many people like the author of this article are taking it at face value shows how effective it is. Making the project into a reality show “to finance the trip” was always part of the plan, but it should be obvious that even a show with the highest possible worldwide ratings cannot cover the tens of billions that will eventually be needed.

This is Big Brother goes to Space, no more, no less. The trick is that the up front investment is exceptionally low for a long time. The selection process now ongoing costs very little and even brings in cash. For a number of years it will be possible to follow candidates in training, combined with documentaries of hardware being developed by others such as SpaceX, and computer simulations of what could be. All very riveting and exciting, but no astronaut will come much higher than sea level. And that is because it is not the point. The show is. If it makes a profit it will continue for a number of seasons, after which it will be gracefully terminated saying in parting that it has served as an inspiration to the real exploration of Mars.

And that is precisely the reason that I support the initiative. Provided it doesn’t turn into a self parody, anything that keeps Space exploration in the public eye and inspires people to participate in it is good as far as I am concerned. Many astronauts will tell you that they watched Star Trek when they were young. That it wasn’t real was no barrier to its inspirational effect.

So by all means let MarsOne do their thing and let’s hope it will provide impetus to bringing that real trip so many steps closer. But holding your breath waiting for them to actually launch would be bad for your health.

For information about a NASA funded study to learn what it takes to live on Mars, please go to http://www.hi-seas.org to learn about a Mars Analog mission underway right now