Book Review: “The Case For Space” 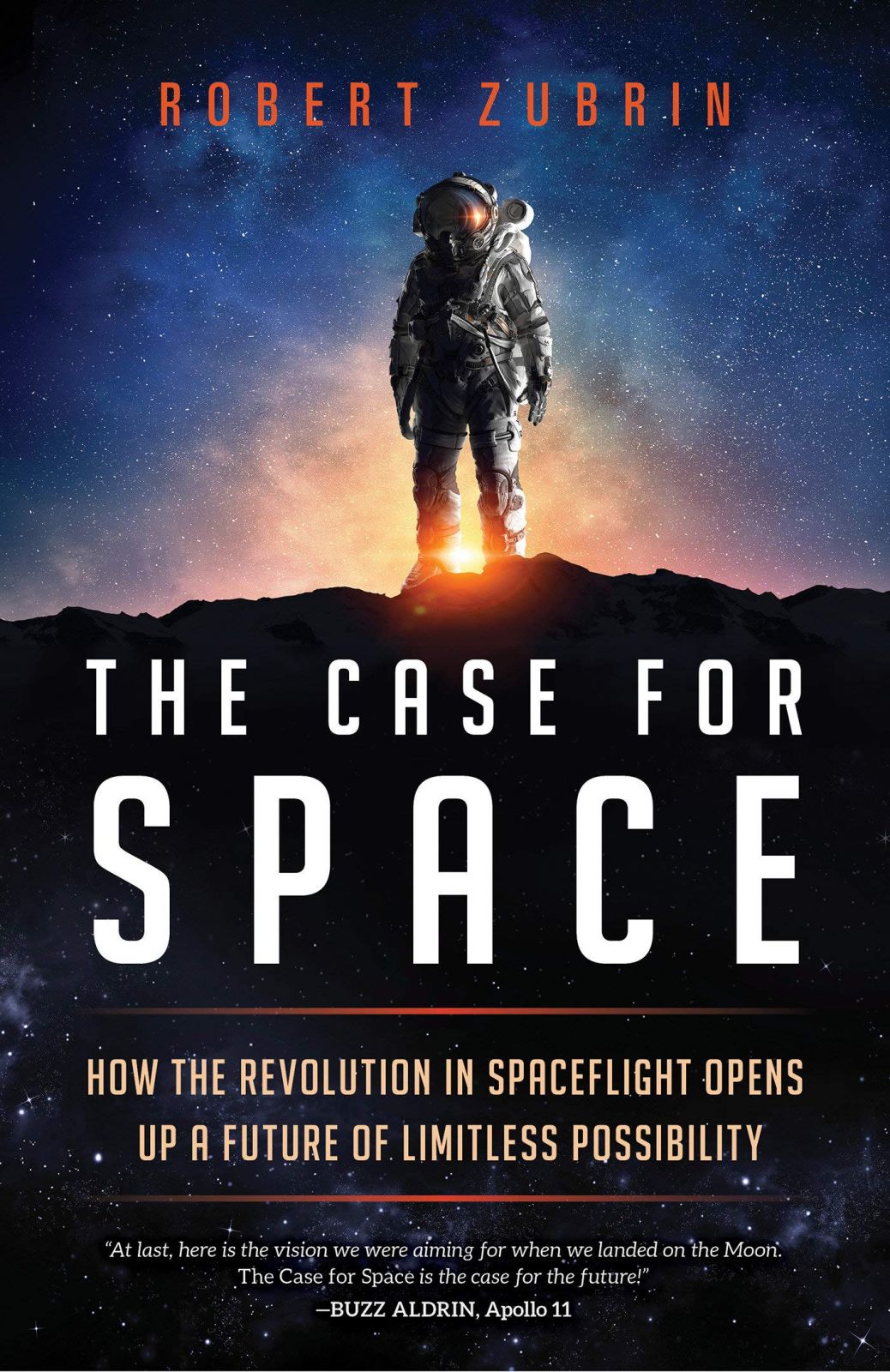 Cover for “The Case for Space: How the Revolution in Spaceflight Opens Up a Future of Limitless Possibility” by Robert Zubrin. (Image Credit: Prometheus Books.)

The past decade of space travel has witnessed massive leaps in the viability of new commercial spaceflight ventures and the realignment of the national space agenda to return humans to the Moon and beyond. Mars exploration advocate and visionary Dr. Robert Zubrin has taken note of the current trajectory and returns with his newest book, “The Case for Space: How the Revolution in Spaceflight Opens Up a Future of Limitless Possibility”, building on the shoulders of past works including “The Case for Mars: The Plan to Settle the Red Planet and Why We Must” (1996) and “Mars on Earth: The Adventures of Space Pioneers in the High Arctic” (2003).

The book is written in a fashion typical of Zubrin’s style, which reflects his desire to present no-nonsense ideas for making humanity a space-faring species and fitting his vision within a broader historical arc. Central to his case is illustrating the present and historical context for ‘how’ and ‘why’ space travel operates before highlighting the deficiencies upon which we can and must improve in order to become truly space-faring. Upon building the technical foundation of his vision, he discusses the philosophical and historical imperative for ‘why’ we should expand beyond Earth and into the cosmos.

Each chapter lays bare the raw math, science, and economics of how his vision would unfold. He walks the reader through the math of launching to various destinations throughout the solar system, with a focus on terrestrial suborbital/orbital space, the Moon, and Mars, and presents the means to which economies of scale can be used to drive down the cost of doing so using existing technology. Starting from Earth and working out into the solar system and eventually the universe at large, his ideas become ever more creative (and perhaps radical). Despite this, Zubrin’s target audience is likely to understand that space travel concepts in the distant future are hard to envision when the requisite technologies of doing so do not yet exist. He remains grounded and in a passage towards the end of the book, he reflects on the difficulty of envisioning with precise detail how future technology will work, citing visions from the past that have attempted to project and address challenges that we face in today.

Zubrin’s discourse is guided by and anchored to economic principles and political realities. The ideas that he presents will be familiar to those who are well-versed in the articles, papers, and presentations that he has made over the past couple of decades since first publishing “The Case for Mars.” In the latter portion of “The Case for Space”, Zubrin lays out the philosophical imperative for why we should become a truly space-faring species and brings his broader world view into the fold to do so.

Zubrin argues that the continued innovation, prosperity, and relative peace enjoyed in the post World War II-era will rely heavily on the opening of a new frontier. He cites the American frontier as a major driver of the Industrial Revolution and for helping to introduce progressive democratic values to the rest of world. Zubrin points out that for the first time in human history, no accessible frontier exists to the masses and he argues that the best way to maintain freedom and forward progress is to open wide the frontier of space to all. Doing so would force explorers and settlers to confront the challenges of their new lifestyles which would lead to rapid technological and cultural advances on their end which could in return be exported back to Earth. In essence, the frontier of space would allow for the same social and technological experimentation that was only possible in the New World by breaking free of the Old.

The book may not immediately resonate with readers who could potentially be turned off by overtures to the colonial history of Earth or to those who believe the problems of Earth are best solved on Earth before venturing into space. However the underlying case that Zubrin proposes is grounded in economic and humanist theory that if believed has resulted in the vast improvement of the human condition over recent centuries. Zubrin paints a vision in which widespread space exploration fuels the forward technological and cultural progress of humanity, leading to the ultimate goal of achieving a high standard of living, liberty, and freedom for all people, regardless of where they reside in the universe.

“The Case for Space” will find a wide audience in the SpaceX and Blue Origin-era of commercial spaceflight. The book addresses the economic nature of spaceflight in updated terms that acknowledge both the growing influence of commercial spaceflight operations while also addressing changes in national space policy in recent years. I recommend “The Case for Space” to both seasoned readers of Zubrin’s past work and to those who seek to understand, as well as bolster their own arguments, as to how and why humanity can reach its full potential through space exploration beyond the visible horizon.