Where are the best places to watch ULA’s Delta IV power Orion to orbit? 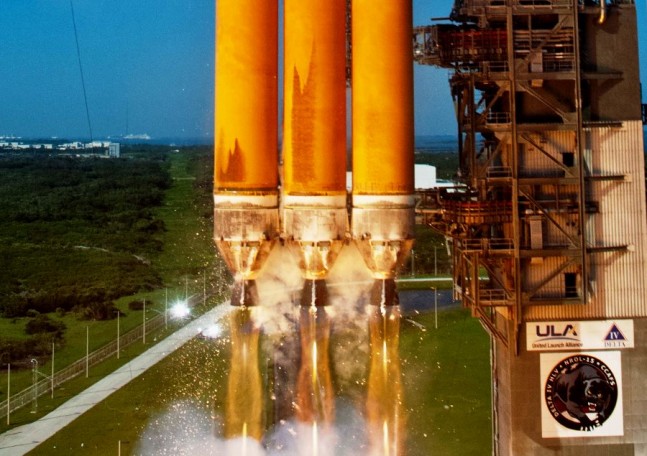 CAPE CANAVERAL, Fla — It takes a lot of planning and coordination to get the test article of a spacecraft into orbit. Even finding the right place to watch a launch from can be time-consuming and confusing. With available hotel rooms in the region sold out, the areas that make for the best viewing locations – are liable to be packed. SpaceFlight Insider provides this free guide to the best spots to watch as NASA works to reignite human deep space exploration efforts.

There are an array of spots that are superb viewing locations. The first, and most obvious, is the Kennedy Space Center Visitor Complex. The tourist destination has three days of activities planned for the first flight of NASA’s Orion spacecraft. Starting on Dec. 2, the destination, ran by Delaware North, will host events with officials, astronauts as well as presentations highlighting the Delta IV Heavy launch vehicle, Orion spacecraft and NASA’s plans to return to the business of exploring worlds far from our own. For more information: Kennedy Space Center Visitor Complex The next great spot to view United Launch Alliance’s most powerful offering lift off from – is Playlinda Beach. Given that a good many of the nation’s residents are dealing with record cold temperatures and snowstorms, this location allows the public to enjoy the warm Florida climate, take in the sights and sounds of the beach – and then watch a massive launch vehicle take to the skies.

Playalinda opens at 6 a.m. EST and visitors only have to pay $5 per vehicle. Playalinda Beach is actually located on a barrier island separated from the mainland by the Indian River. For More Info: 321-267-1110.

Directions to Playalinda Beach: If you are coming from U.S. HWY-1 via Titusville, turn right at Garden Street/Route 406. Go across the A. Max Brewer Parkway Memorial Bridge – follow the road until the end.

For those on a budget, perhaps the least expensive location from which to view the launch from – is Port Canaveral. Visitors can merely stop alongside of the road – and watch the launch. The primary difficulty – will likely be finding a spot to park. Arrive early as all of the best spots will fill up quickly.

If you want to hear the iconic countdown procedure for yourself? Tune into 146.940 MHz.

With the decision of where to watch the launch from – what will you be seeing? What is the capabilities of the Delta IV Heavy? Why was it chosen to carry out the first flight of Orion. The Delta IV Heavy  was first launched on Dec. 21, 2004 on a test flight of the triple-bodied booster.

This Evolved Expendable Launch Vehicle (EELV) is the Heavy variant of the Delta IV family of rockets which include the following: Delta Medium, M+ 4,2, M+ 5,2, M+, and M+5,4. The Delta IV family of boosters are produced by Boeing / United Launch Alliance and can trace its lineage back to 1960.

In many ways, the Delta IV Heavy is more like three rockets in one. This is because of the three Common Booster Cores or “CBCs” that make up the booster. For comparison, the Delta Medium class launch vehicles – only use a single CBC. The Heavy’s booster cores do not use propellant cross feeding, further enhancing the appearance of this launch vehicle actually being three rockets working together as one.

The outer CBCs do not remain with the rocket throughout the course of the flight. The outer CBCs, much like conventional solid rocket boosters are jettisoned about four minutes into the flight. Once their job is complete, they are separated from the central CBC via pyrotechnic charges, jettisoned and left to fall back to Earth.

Each of the CBCs employs a single Aerojet Rocketdyne RS-68 engine in its first stage. The RS-68 utilizes super-cooled liquid oxygen and liquid hydrogen as fuel. Each CBC has an engine, a LH and LOX tank, intertank component and interstage section. The similarity in appearance to a Delta IV CBC and the Space Shuttles’ external tank – comes from the same source – a spray on insulating foam. This is down to prevent ice from forming on the CBC when it passes through Earth’s upper atmosphere.

A liquid oxygen fuel line runs down the outside of each booster core. This is the highly-visible vertical white “line” on each CBC.

The RS-68 was originally developed by Pratt & Whitney Rocketdyne and has been described as being the powerful hydrogen-fueled engine in the world. The engine can be viewed as a simpler, less-expensive version of the Space Shuttle Main Engine (SSME) or RS-25 engine that was used on NASA’s fleet of shuttles. Unlike the RS-25, the RS-68 is a single-use engine.

The Delta IV Heavy’s Delta Cryogenic Second Stage or “DCSS” has a diameter of 15 feet (five meters) as well as larger fuel tanks which allow it to carry about 60,010 lbs (27,220 kilograms) of fuel. The Delta Cryogenic Second Stage uses a single RL10B-2 rocket engine. An anomaly consisting of an engine under pressure occurred during the Oct. 4, 2012 flight of the GPS IIF3 satellite. This caused a series of delays. ULA eventually determined that the problem involved a leak in the thrust chamber of the RL-10B2 and the rocket has returned to its normal processing flows and launches.