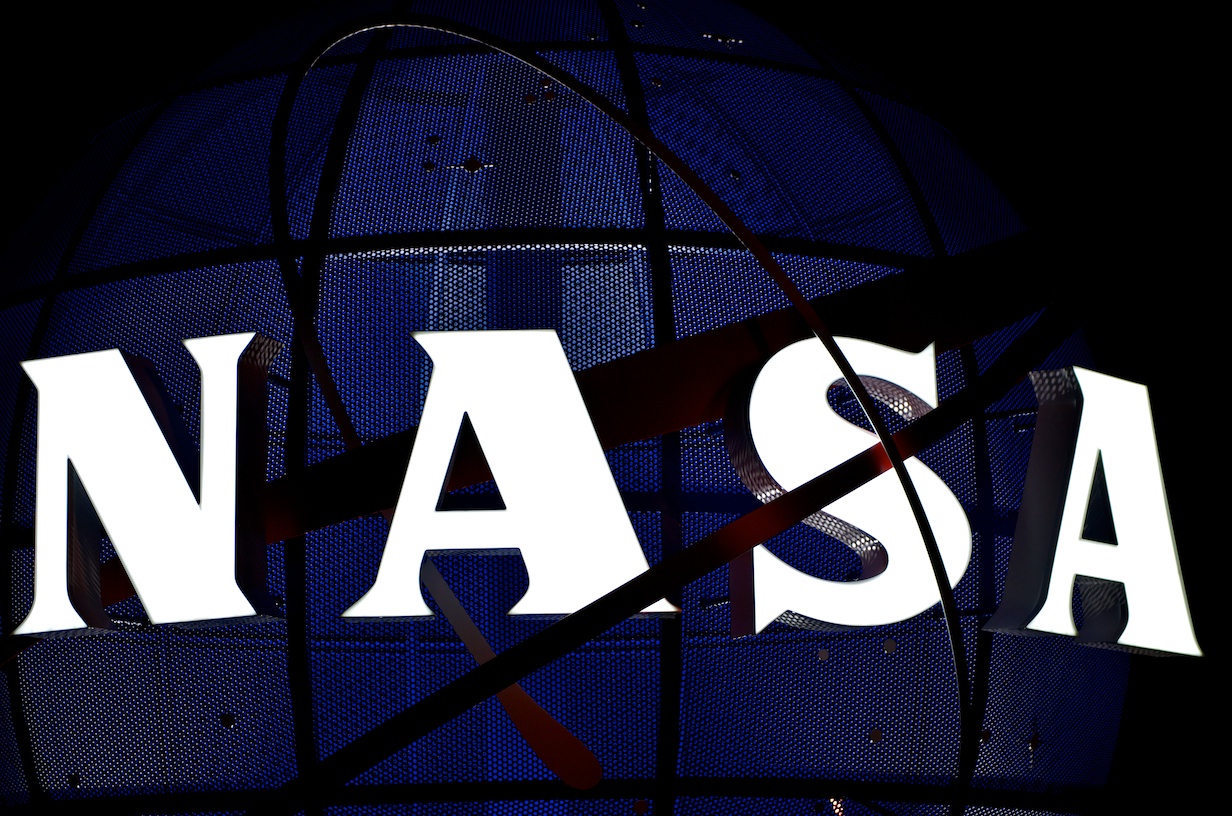 During a recent interview, I was asked where ideas for new books originate. I replied that they usually come quite unexpectedly and often are derived from casual conversations or notions that people suggest. The important thing is to recognize these verbal prompts when they appear, and then act on them.

However, the entire concept of the Outward Odyssey series was not mine to begin with, and on this occasion the idea came from a more traditional source. It all started with a March 2003 query from my new-found publisher, the University of Nebraska Press, and specifically the press’s then editor in chief, Gary Dunham, a self-confessed spaceflight enthusiast who said he had enjoyed publishing my two previous books, Teacher in Space and Fallen Astronauts. Dunham was excited about the possibility of a series of books on the history of space exploration, something along the lines of a “people’s history” that did not privilege technical advances nor a manifest destiny approach to the subject. His idea was to instead  look at the social history of spaceflight and its impact on people. He felt eight volumes might be a good starting point, and asked me if I would consider taking on the role of series editor.

Although the project was well beyond anything I had ever attempted before then, I rather boldly and without any professional editing qualifications replied that I felt I was up to the challenge.  This not only involved finding suitable authors and having each prepare a proposal based on a suggested book outline, but bringing them all up to speed on the social mandate of the series and where each book fit within the overall scheme of the series. I also emphasized their contractual obligations and offered information on the fixed style guide they had to employ in what they wrote. My role, once each proposal was found acceptable by the editorial board, would be to guide them through the writing, editing, and publication process on behalf of the press. I became basically a go-between, constantly communicating with all of the potential authors and the publisher.

I began by looking at authors of previously published books on space exploration, but then realized we needed a whole new generation of authors for the series officially dubbed Outward Odyssey.  As a member of several online space forums I was able to submit notices asking for any potential authors to contact me with their ideas, resumés, and examples of any previously published articles or other works. To kick-start the series I contacted long-time friend and spaceflight enthusiast Francis French; together we tossed around ideas for the first book in the series, which we thought should cover the first pioneering human spaceflights carried out by the United States and the Soviet Union. We felt it was important to explore both the achievements of American astronauts as well as those of the Soviet cosmonauts, and this recognition of all participants in the highly competitive international space race set the trend for the rest of the series, which embraces the spaceflight and space spectaculars (and tragedies) from all spacefaring nations. We set out to not only relate the stories of successive spaceflights, but to emphasize the stories and backgrounds of those who flew missions, especially focusing on what inspired them to saddle up on these incredible adventures.

Our book, titled Into That Silent Sea: Trailblazers of the Space Era, 1961 –1965, dominated our lives for the next couple of years and resulted in a massively oversized manuscript. In consultation with Dunham we decided that it would be an injustice to heavily crop the manuscript. Instead, it was divided evenly and became two volumes; the second book took on the title In the Shadow of the Moon: A Challenging Journey to Tranquility, 1965–1969. As before, the main title originated from Samuel Taylor Coleridge’s The Rime of the Ancient Mariner.

Those first two books in the series traced the story of human space travel, from Yuri Gagarin’s pioneering flight in 1961 to Neil Armstrong as he was about to set foot upon the moon. In the meantime I had found another suitable author, Chris Gainor, to prepare a manuscript that detailed the centuries-long lead-up to Gagarin’s flight; launched another follow-on book that related the history of Project Apollo (called Footprints in the Dust: The Epic Voyages of Apollo, 1969–1975, with multiple chapter authors); and initiated another on the Skylab space station program. NASA journalist David Hitt had contacted me regarding the proposed Skylab book and mentioned that he was researching a book on the life of Skylab astronaut Owen Garriott. I convinced Dave to look at writing about the entire Skylab program, and he convinced Owen Garriott to join him in the project as co-author. Soon another Skylab astronaut, Joe Kerwin, asked if he could participate. Thus two NASA astronauts were involved in writing Homesteading Space: The Skylab Story along with Hitt.

Another hopeful author who contacted me was Jay Gallentine, whose previous editing experience was in television and movies. He sent me a story he’d written on speedster Craig Breedlove that I enjoyed so much I knew I had to have him write for the series. However, the only book not yet allocated by then was one on the potentially dry subject of robotic and planetary exploration. Jay was not all that keen on the subject but tackled it head-on, and before long I was receiving chunks of manuscript based on numerous personal interviews that he had conducted.  These convinced me we had found our own Tom Wolfe of unmanned space exploration. Jay’s first book for UNP, Ambassadors from Earth: Pioneering Explorations with Unmanned Spacecraft, was a sublime, talented account of a difficult and (in many ways) far-reaching subject. In 2009 his work was rewarded with the prestigious Eugene M. Emme Award for Astronautical Literature.

Prior to leaving UNP, Dunham had suggested to me that we should add a book to the series on the past, present, and future of private space endeavors. Immediately I thought of Chris Dubbs, with whom I’d recently completed a history of animal spaceflights. He readily agreed, later taking on co-author Emeline Paat-Dahlstrom to prepare the well-received Realizing Tomorrow: The Path to Private Spaceflight, which was honored as a selection for the U.S. Air Force’s 2013 Chief of Staff Professional Reading List. Wheels Stop, the latest in the Outward Odyssey series, is scheduled to be released next month. It will detail the end of the space shuttle era. Photo Credit: James N. Brown

One area of spaceflight history that is not widely recognized is the X-15 program, a 1950s flight research project that carried a select group of test pilots higher, faster, and farther than ever before. In fact, several pilots flew beyond the recognized boundaries of space, thereby earning astronaut wings. There was only one person who I wanted to tackle this book: Michelle Evans. Evans had lived and breathed the X-15 program since childhood, amassing dozens of interviews with pilots, engineers, controllers, and project members associated with the X-15 program. Her masterful book, The X-15 Rocket Plane: Flying the First Wings into Space, is the newest addition to the Outward Odyssey series, and has already been recognized by many aerophiles as the definitive book on the program and its indomitable pilots.

The history, development, and thirty-year flight record of the Space Shuttle program was too big a subject to tackle in one volume, and there are now two more volumes nearing publication. The first, Bold They Rise: The Space Shuttle Early Years, 1972–1986, brings Hitt back into the series along with a new co-author, Heather Smith.  Their book describes in vivid detail the development of the winged, reusable spacecraft and its first flights through to the Challenger tragedy in January 1986. Rick Houston, who had earlier written the Apollo 11 chapter for Footprints in the Dust, was selected to tackle the follow-on book, Wheels Stop: The Tragedies and Triumphs of the Space Shuttle Program, 1986–2011, which takes the shuttle story from the aftermath of the loss of Challenger to the end of the final Space Shuttle mission in 2011.  Both are outstanding pieces of work.

Similarly, the history of planetary exploration was too broad a canvas for Jay Gallentine to cover in a single volume, so when I asked him if he might write a follow-on volume to Ambassadors from Earth, he leapt at the chance. His new book, Touching Infinity, is currently scheduled for a 2014 release. Also coming in the not-too-distant future is a book on the history of space stations, which has been prepared by Jay Chladek, who is well known in the space community.  It currently bears the working title of Outposts on the Frontier but this may yet change.

I have been aided and greatly supported over the years by Rob Taylor, senior editor at the University of Nebraska Press, and he has been of considerable and enthusiastic help to me in moving the series along. But will it end at twelve volumes? We have decided there is still much to explore on the subject, and at least another four volumes are now under final consideration for future publication.

It is my belief that future generations will look back on the Outward Odyssey series as the ultimate source and resource for a sweeping, comprehensive, and factual account of our pioneering spaceflight history–an unforgettable era when we took those first baby steps out into the universe. The authors, the publisher, and I realize that we are responsibly capturing living history in conducting interviews with countless individuals from all possible aspects of space exploration. These efforts are garnering priceless firsthand stories that will live on in the pages of these books.

It all began with the genesis of an idea over ten years ago, and that idea has now been transformed into a brilliant reality which is the Outward Odyssey series.