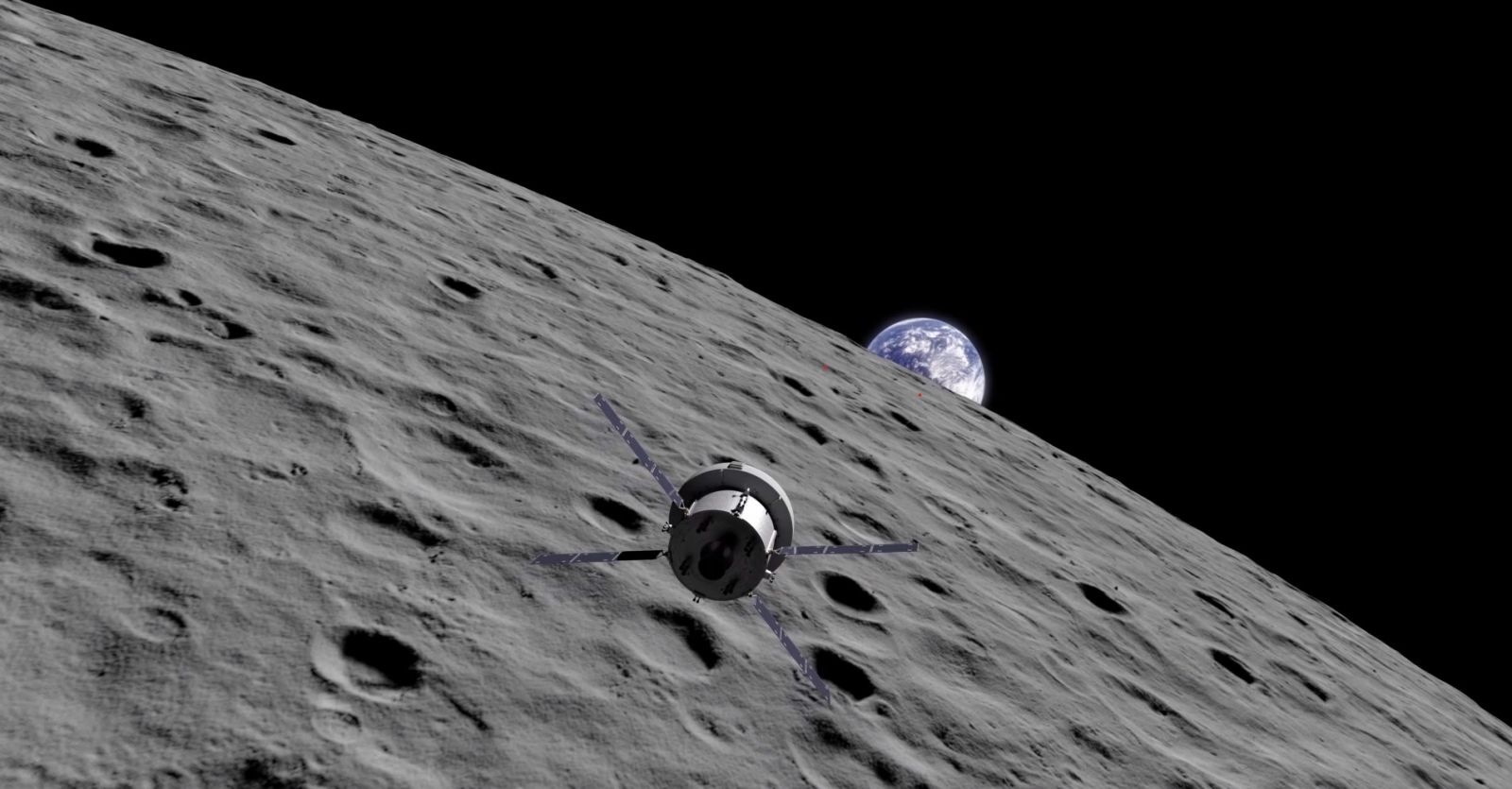 A rendering of an Orion spacecraft flying by the Moon during an Artemis mission. Image Credit: NASA

Moon Dialogs, a partnership that seeks to bring together a wide variety of stakeholders to brainstorm about near-future lunar activity, organized Zoom sessions throughout 2020 exploring the wide range of topics pertinent to policy and governance on the Moon.

Representatives of industry, government, science, public policy and non-government organizations held nine interdisciplinary dialog sessions or salons over the past year, culminating in a Dec. 14, 2020, hour-and-a-half-long salon titled “Lunar Policy Takeaways,” where numerous stakeholders reflected on science and policy recommendations of the past year.

The salon was moderated by Chris Johnson of the Secure World Foundation, a non-government organization focused on “envisioning the secure, sustainable, and peaceful uses of outer space contributing to global stability and benefits on Earth.”

“For the Secure World Foundation, we care about the sustainable uses of outer space and about respect for the rule of law. We are optimists about the future, and we think we can do meaningful, peaceful, and prosperous things in outer space,” Johnson said.

At an earlier Moon Dialogs salon, NASA Administrator Jim Bridenstine presented his vision of future planetary policies, focusing on the position of the US government.

While NASA’s Artemis program, which aims to return astronauts to the Moon by 2024, is a major development, it pertains specifically to NASA, which is only one of many participants in future lunar activity, participants noted.

A rendering of humans activity on the lunar surface. Image Credit: NASA

Yoav Landsman, CEO of Moonscape, a lunar services company, emphasized the importance of expanding the salons to include international stakeholders, such as China, who currently are not taking part in dialogs about future lunar activity.

“This is a very good place to meet others with the same interest and with the same feeling of the importance of collaborating on the way to the Moon because we know we are going there,” Landsman said.

Members of the Moon Dialogs community can reach out to their colleagues in China, especially lunar researchers, in a way that NASA cannot do, opening new lines of communication, participants stated.

Disciplines that need to be part of these dialogs include technology, science, law, philosophy, commerce, and even the arts and humanities.

As renewed interest in returning humans to the Moon has grown, representatives of many disciplines have organically come together to create a community centered on lunar and space issues.

“So many developments are happening now in the commercial space world. To me, space exploration has always been not about technology but about human relationships,” said Angeliki Kapoglou of the Open Lunar Foundation.

Explaining the importance of space exploration to politicians who make budget decisions has always been difficult, Kapoglou said.

“We always put emphasis on the engineering and scientific aspects of mission design, but there also is a parallel silence about how we get these missions approved from politicians who are funded by investors or from governments,” Kapoglou said.

Lunar activity will involve competing interests, such as scientific exploration, commercial activity, and preservation of heritage areas, such as the Apollo landing sites.

This means the various groups that will work on the Moon may have to divide it into different zones for various activities. Areas designated for scientific exploration will need to be protected from biological contamination.

One complication is that dust plumes can be created by activity on the Moon’s surface.

“We have to be informed by technical, scientific, and physical reality. We need to take into account what is possible,” Johnson said, adding that landing pads can mitigate or prevent the creation of such plumes.

One suggestion made was to send space junk currently in low Earth orbit to the Moon, where it could be recycled into needed equipment. This would make mining the Moon or sending a lot of equipment from Earth unnecessary.

Most participants felt human activity on the Moon will succeed only if the focus is on cooperation, both among nations and through public-private partnerships, rather than competition between countries and/or between the public and private sector.

Developments on the Moon can also foster cooperation and sustainability innovations on Earth, many noted.

In June 2021, a special edition of the journal Space Law will focus on the way lunar governance could look in the near future. Additional Moon Dialog salons, both formal and informal, will be held throughout 2021.