Exoplanets and their characterization the focus of STScl workshop 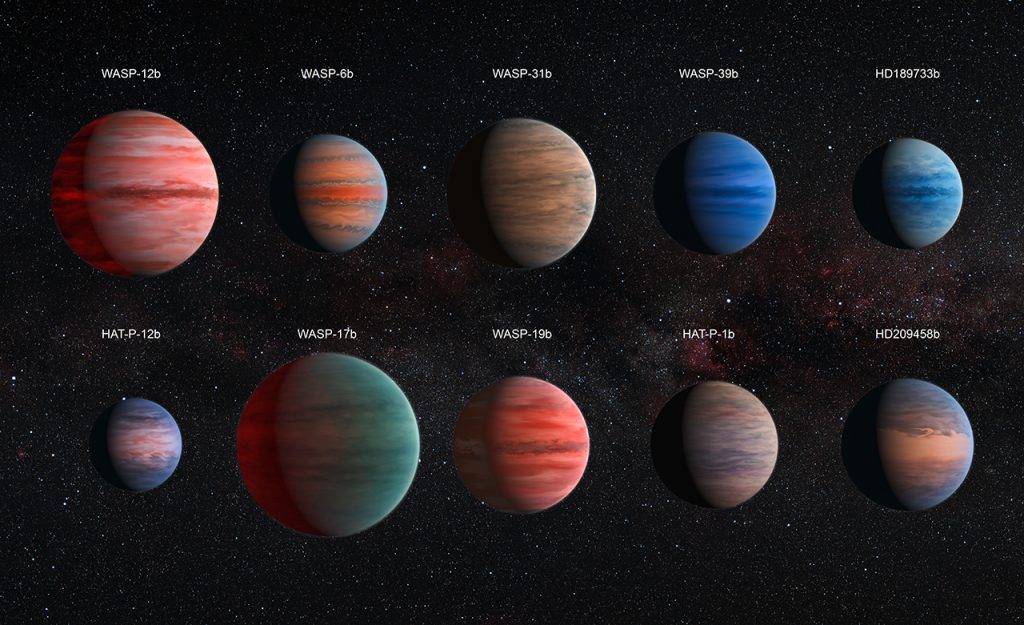 The various methods used over the last 25 years to discover exoplanets and the science of categorizing the many types of exoplanets that have been found was the focus of an April 19 workshop for science writers sponsored by the Space Telescope Science Institute (STScI).

This workshop was part of five-day STScI virtual symposium centering on the formation, structure, and evolution of the more than 4,000 exoplanets discovered to date. Speakers included Dr. Jessie Christiansen of Caltech//IPAC-NASA Exoplanet Science Institute, Dr. Clara Sousa Silver of Harvard University, Dr. Tim Lichtenberg of the University of Oxford, and Dr. Isabelle Rebillido of STScI.

Methods of discovery for exoplanets

The transit method, which involves observing a star’s drop in brightness when an orbiting planet passes in front of it, has been the most prolific, discovering more than 1,000 exoplanets.

Next is the radial velocity method, which measures the slight wobbling of a star caused by the gravitational tug of a planet orbiting it. This method is more sensitive to large rather than small planets.

Direct imaging, which blocks the light of a star to locate planets orbiting it, is best for finding planets in distant orbits around their stars.

Many planets of a size not seen in our solar system, known as mini-Neptunes or super-Earths, have been found. Planets larger than Neptune are far less common; just five to 10 percent of stars have them, Christiansen said. 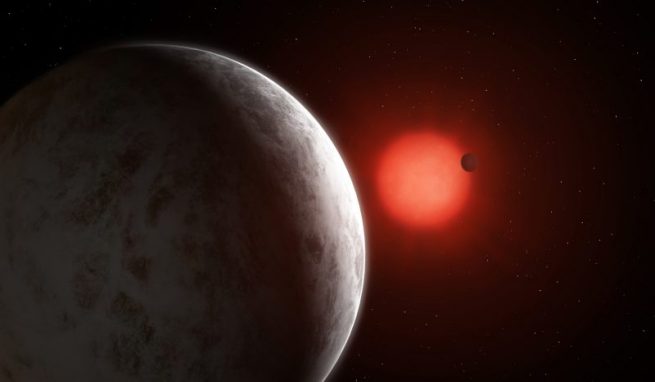 Around 4% of Sun-like stars have gas giants in the same location as Jupiter in our solar system, which is five AU from the Sun. These typically have thick atmospheres that scientists are currently analyzing.

In many cases, planetary systems demonstrate a “peas in a pod” phenomenon, in which all planets in the system are roughly the same size as one another. Significantly, this is different from our solar system. “The question is, why do systems prefer to make planets of all one size?” Christiansen asked.

Scheduled for launch in 2029, the European Space Agency‘s (ESA) Atmospheric Remote-sensing Infrared Exoplanet Large-survey (ARIEL) space telescope will characterize the atmospheres of more than 1,000 exoplanets. NASA’s James Webb Space Telescope (JWST), which will launch later this year, will obtain detailed spectra for large planets and “will open the door for characterizing the atmospheres of smaller worlds,” Sousa Silver said.

Currently, scientists use spectroscopy, the study of the absorption and emission of light by objects, to identify the molecules in exoplanets’ atmospheres. This works best for hot Jupiters orbiting close to their stars and for giant planets in general.

To search for signs of life on exoplanets, scientists will look not just for familiar molecules like methane and carbon dioxide, but also for biosignatures or the building blocks of life, such as hydrogen cyanide and phosphene. But discovery of these molecules does not necessarily indicate the presence of life, as these can be produced by non-biological sources.

“The detection of life will likely be uncertain, not likely to come from a single molecule,” Silver said. At the same time, she noted, “We are absolutely on the verge of these discoveries. In the next couple of decades, we will have instruments to look at possible alien biospheres.” 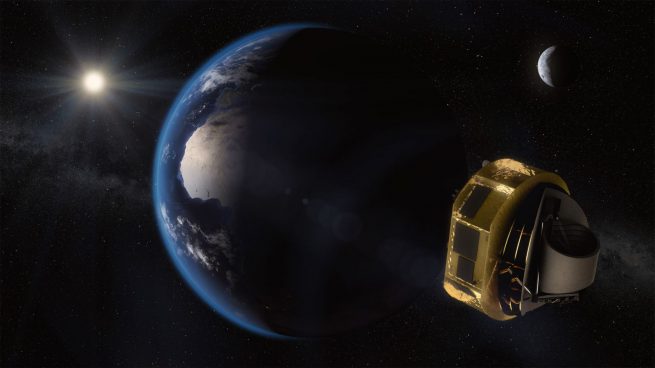 Artist’s depiction of ESA’s ARIEL space telescope, which is being designed to study the formation of exoplanets. Credit: ESA/STFC RAL Space/UCL/Europlanet-Science Office

Lichtenberg studies molten exoplanets as a means of gaining insight into the formation of planetary systems, including our own. He is especially interested in planets’ transitions from molten magma to ocean worlds.

Traditionally, the first 500 million years of Earth’s history, known as the Hadean period, have been viewed as a “hellish environment,” with a molten surface and constant volcanic eruptions. However, in the last 20 years, a new theory has emerged, which proposes that Earth at that time may have already had oceans and continents, he explained.

Molten worlds are composed solely of magma and have temperatures as high as 1,000 degrees Kelvin. Over several hundred thousand years, their temperatures decrease, causing the planets to cooldown and crystallize. Water in their atmosphere condenses to form early oceans.

While there are no molten planets in our solar system today, two super-Earths, 55 Cancri e and GJ 1132b, might be composed of molten magma and may even have atmospheres. Both are tidally locked to their stars, meaning one of their hemispheres is very hot and the other very cold.

Some exoplanets are so close to their stars that they may be unable to retain any atmospheres, LIchtenberg said.

For terrestrial planets, outgassing and tectonics are the determinants of their fates. Lichtenberg pointed out that the climates and surfaces of exoplanets can be probed observationally.

Moons, asteroids, and comets are important parts of stellar systems. Kuiper Belts composed of dust and small grains have been found around approximately 300 stars although these cannot be directly observed, Rebollido reported.

Exocomets form in outer regions of stellar systems and are important because they can deliver water and many of the building blocks of life to their systems’ planets.

Spectroscopy is useful for studying exocomets and identifying the materials in the protoplanetary disks surrounding young stars. When exocomets transit their stars, scientists can see their tails and note absorptions that differ from those of the stars. Comets transiting stars have unique shapes that distinguish them from exoplanets.

Discovered even before the first exoplanets, “exocomets are the only minor bodies we have seen and can confirm we have seen” in other solar systems, Rebollido said.

Exomoons also play an important role in the search for extraterrestrial life. As our Moon does for Earth, they can stabilize a planet’s axial tilt, increasing its habitability. Some, like Saturn’s moon Titan, could have complex atmospheres and their own hydrologic cycles. However, exomoons are much more difficult to find than exoplanets.

“Exoplanetary studies include the whole planetary system — that include small bodies,” Rebollido said. “Habitability also depends on minor bodies like moons. They can deliver water and amino acids to planets.” 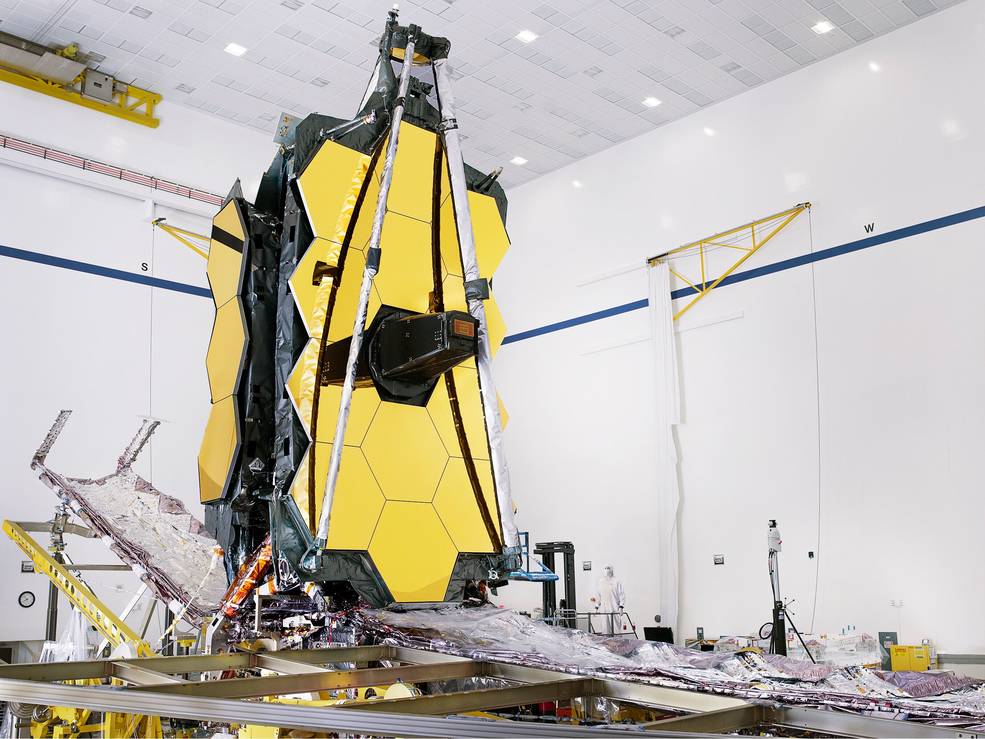 Fully assembled JWST and its sunshield. One of the goals of the observatory is to make detailed studies of the atmospheres of potentially habitable exoplanets. Credit: NASA/Chris Gunn

Some “moons” are really captured asteroids, and are NOT round by their own gravity/mass. So in addition to locking down solid boundary values for all planets, exoplanets and exomoons; a definitional regime that precisely describes all orbital “stuff” from gas/dust cloud increasing in size to brown dwarves needs to be solidly established. IMO IAU’s planet definition never really satisfied everyone.