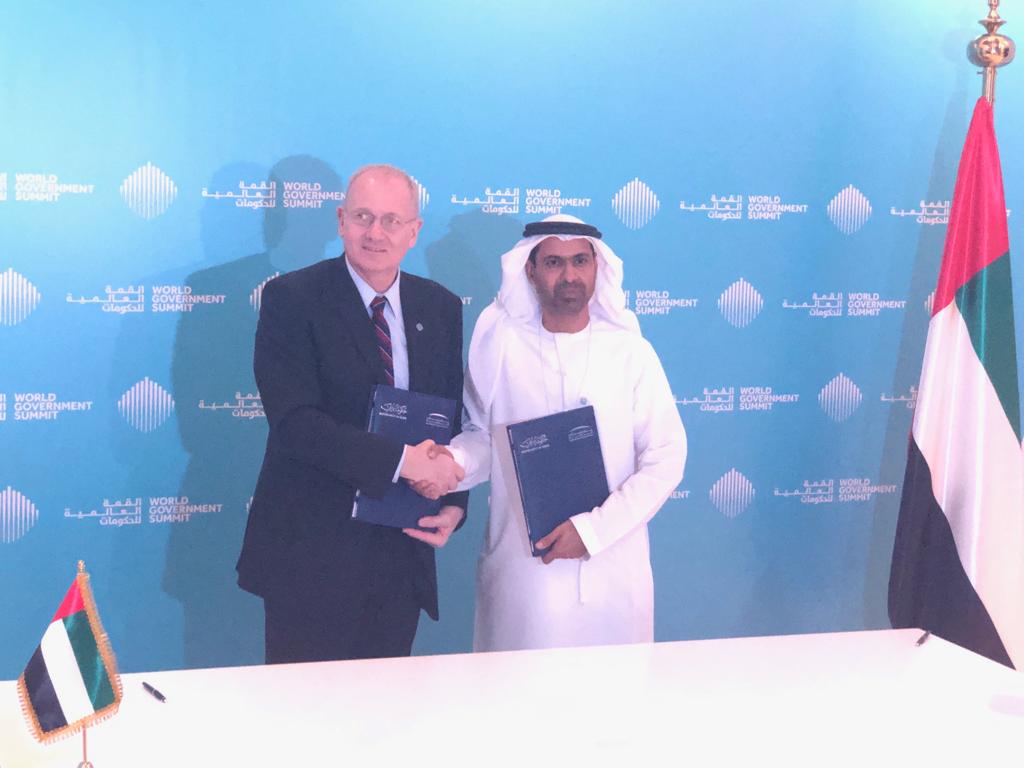 This is the first time an Arab and Muslim country is set to host the conference, which was established in 1950. According to MBRSC, it will host the IAC in coordination with the UAE Space Agency.

“The year 2020 is a year of symbolic significance for the United Arab Emirates, where the holding of the conference will be preceded by the launching of the Emirates Mars Mission (EMM)—Hope mission into space,” said Yousuf Hamad Al Shaibani, director general of MBRSC, in a press release. “This mission confirms the strong presence of the UAE in the field of space globally. We have entered the sector strongly with sustainable programmes including the EMM, the National Astronaut Programme, The Integrated Satellite Manufacturing Programme and Mars 2117 Programme.”

In a statement on the Feb. 11 signing, the International Astronautical Federation said it is proud to have the MBRSC host the conference because of the “substantial investments done in the Arab region” regarding space activities and the creation of space-related organizations.

According to the organization’s announcement: “The Federation looks forward to welcoming many more Arabic members in the years to come and surely hopes the IAC2020 will work as a catalyst in this respect.”