Scott earned both a Bachelor’s Degree in public administration, and a law degree, from Samford University in Birmingham, Alabama. He currently practices law in the Birmingham suburb of Homewood. Scott first visited Marshall in 1978 to get an up-close look at the first orbiter, Enterprise, which had been transported to Huntsville for testing. In 2006, he participated in an effort at the United States Space and Rocket Center (USSRC) to restore the Skylab 1-G Trainer. This led to a volunteer position, with the USSRC curator, where he worked to maintain exhibits and archival material, including flown space hardware. Scott attended the STS-110, 116 and 135 shuttle launches, along with Ares I-X, MSL Atlas V and NROL-15 Delta IV Heavy launches. Most recently, he participated as a “citizen journalist” in the ULA Atlas V SBIRS GEO-2 TweetUp and launch. Johnson serves as SpaceFlight Insider’s Marshall Space Flight Center correspondent. @scojo1969 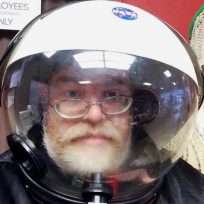 Jim Sharkey is a lab assistant, writer and general science enthusiast who grew up in Enid, Oklahoma, the hometown of Skylab and Space Shuttle astronaut Owen K. Garriott. As a young Star Trek fan he participated in the letter-writing campaign which resulted in the Space Shuttle prototype being named Enterprise. While his academic studies have ranged from psychology and archaeology to biology, he has never lost his passion for space exploration. Jim began blogging about science, science fiction and futurism in 2004 and has been writing about NASA and space issues for Examiner.com since 2011. Jim resides in the San Francisco Bay area and has attended NASA Socials for the Mars Science Laboratory Curiosity rover landing and the NASA LADEE lunar orbiter launch. @madscienceskill

Michael Cole is a life-long space flight enthusiast and author of some 36 educational books on space flight and astronomy for Enslow Publishers. He lives in Findlay, Ohio, not far from Neil Armstrong’s birthplace of Wapakoneta. His interest in space, and his background in journalism and public relations suit him for his focus on research and development activities at NASA Glenn Research Center, and its Plum Brook Station testing facility, both in northeastern Ohio. Cole reached out to SpaceFlight Insider and asked to join SpaceFlight Insider as the first member of the organization’s “Team Glenn.” He has since reported on numerous events from the historic center. 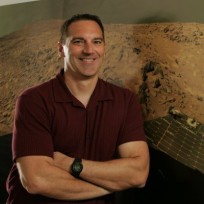 Heather Smith’s fascination for space exploration – started at the tender age of twelve while she was on a sixth-grade field trip in Kenner, Louisiana, walking through a mock-up of the International Space Station and seeing the “space potty” (her terminology has progressed considerably since that time) – she realized at this point that her future lay in the stars. SpaceFlight Insider met Smith in 2012 and has worked with her to better cover the space exploration story. Smith has come to realize that very few people have noticed how much spaceflight technology has improved their lives. She has since dedicated herself to correcting this problem. Inspired by such classic literature as Anne Frank’s Diary, she has honed her writing skills and has signed on as a writer/social media assistant for SpaceFlight Insider. Smith has represented SFI since the organization’s founding in 2013. @HeatherDSmith88 Laurel Kornfeld is an amateur astronomer and freelance writer from Highland Park, NJ. Laurel enjoys writing about astronomy and planetary science. She studied journalism at Douglass College, Rutgers University, and earned a Graduate Certificate of Science from Swinburne University’s Astronomy Online program. Her writing has been published online in The Atlantic, Astronomy magazine’s guest blog section, the UK Space Conference, the 2009 IAU General Assembly newspaper, The Space Reporter, and newsletters of various astronomy clubs. She is a member of the Cranford, NJ-based Amateur Astronomers, Inc. Especially interested in the outer solar system, Laurel gave a brief presentation at the 2008 Great Planet Debate held at the Johns Hopkins University Applied Physics Lab in Laurel, MD. See more of her work here: Laurel Kornfeld. @plutosavior Joe Latrell is a life-long avid space enthusiast having created his own rocket company in Roswell, NM in addition to other consumer space endeavors. He continues to design, build and launch his own rockets and has a passion to see the next generation excited about the opportunities of space exploration. Joe lends his experiences from the corporate and small business arenas to organizations such as Teachers In Space, Inc. He is also actively engaged in his church investing his many skills to assist this and other non-profit endeavors. @photostospace Curt Godwin has been a fan of space exploration for as long as he can remember, keeping his eyes to the skies from an early age. Initially majoring in Nuclear Engineering, Curt later decided that computers would be a more interesting – and safer – career field. Godwin has worked in education technology for more than 20 years, and has been published in industry and peer journals. Godwin is a respected authority on wireless network engineering. Throughout this period of his life, he maintained his love for all things space and has written about his experiences at a variety of NASA events, both on his personal blog and as a freelance media representative. @Crow_T_Robot Paul Knightly is currently a graduate student in Space and Planetary Sciences at the University of Arkansas in Fayetteville. He grew up in the Kansas City area and developed an interest in space at a young age at the start of the twin Mars Exploration Rover missions in 2003. Knightly began his studies in aerospace engineering before switching over to geology at Wichita State University where he earned a Bachelor of Science in 2013. After working as an environmental geologist for a civil engineering firm, Knightly began his graduate studies in 2016 and is actively working towards a PhD that will focus on the surficial processes of Mars. He also participated in a 2-week simulation at The Mars Society’s Mars Desert Research Station in 2014 and remains involved in analogue mission studies today. Paul has been interested in science outreach and communication over the years which in the past included maintaining a personal blog on space exploration from high school through his undergraduate career and in recent years he has given talks at schools and other organizations over the topics of geology and space. He is excited to bring his experience as a geologist and scientist to the Spaceflight Insider team writing primarily on space science topics. @PaulKnightly A native of Lonedell, Missouri, Michael John McCabe is a former Long Island Fire Fighter and Emergency Medical Technician. He is a non-active Florida EMT with 20 years of fire rescue experience. He is also a lifelong science fiction and space enthusiast. At the age of 10, he watched in his school classroom as the Space Shuttle Challenger on mission STS-51L exploded in 1986. In 2008, he moved to the Sunshine State and works as a private tour guide per diem for the Kennedy Space Center Visitor Complex for a private company based in Orlando, Florida. McCabe is also the Manager at Wild Florida Airboats Photography Department. McCabe joined SpaceFlight Insider to become a professional photojournalist. McCabe has been a fan of SpaceFlight Insider since its inception in 2013. He reached out to ask how he could assist the website’s efforts to spread space flight awareness. As is so often the case, SpaceFlight Insider provided McCabe with an opportunity to prove himself and has done so, in an array of roles. 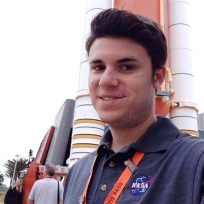